Michael Muhney Speaks Out – Thanks Fans For Support On Twitter – Headed To Another Soap Opera? 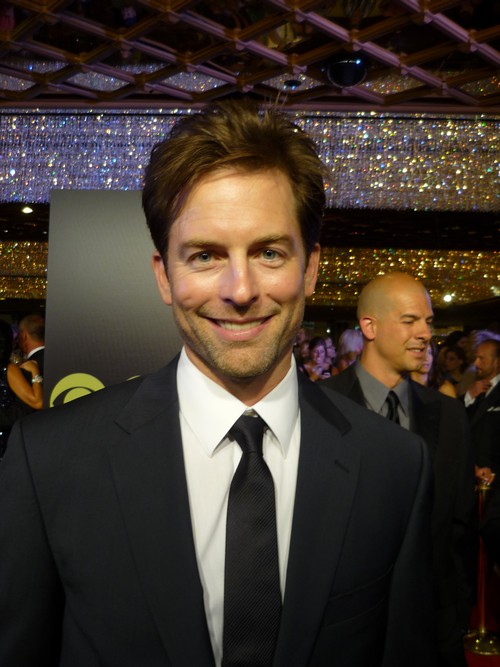 Michael Muhney was fired by The Young and the Restless producer Jill Farren Phelps almost six months ago, and his legions of dedicated fans have spoken out against the sexual harassment allegations he was accused of since he left the popular daytime drama. Muhney however seemed to have dropped off the face of the planet since he was removed from the soap opera and no longer playing the role of Adam Newman. Despite the media firestorm that occurred after Muhney was fired, the soap star kept his lips sealed about the issue. He didn’t speak out on his own behalf other than to say not to believe the rumors – and he didn’t apologize either.

Today Michael Muhney logged onto Twitter for the first time since January 6th and reached out to his fans that have supported him this entire time. Muhney tweeted, “Lotta good people in this world. I’m thankful each and every day for the overwhelming love.” Although Muhney’s tweet was pretty vague, his followers seem to be under the impression he is thanking them for standing up for him and defending him. Muhney’s followers are confident that he is innocent of all allegations and believe that he was just another Y&R cast member to be strong-armed off the series by producer Jill Farren Phelps.

While most of Muhney’s fans are just ecstatic that he finally broke radio silence, we can’t help but wonder why he is suddenly reappearing after months of hiding out and living under the radar. Rumors have been emerging for months that Jason Morgan will be returning to ABC’s soap General Hospital, and a lot of fans are speculating that Muhney may be Steve Burton’s replacement. If the rumors are true that Jason Morgan is returning to General Hospital during the month of May, and Michael Muhney will be playing the part- then it makes complete sense that he has decided to reintroduce himself to the world of social media and reconnect with his fans. If not General Hospital, then perhaps he has another gig lined up and is ready to put himself back out there.

What do you think Muhney fans? Why do you think Michael finally broke radio silence on Twitter today? Do you believe the rumors that he is headed to ABC’s General Hospital? Would you watch the ABC soap if Michael Muhney became a regular? Let us know what you think in the comments below!