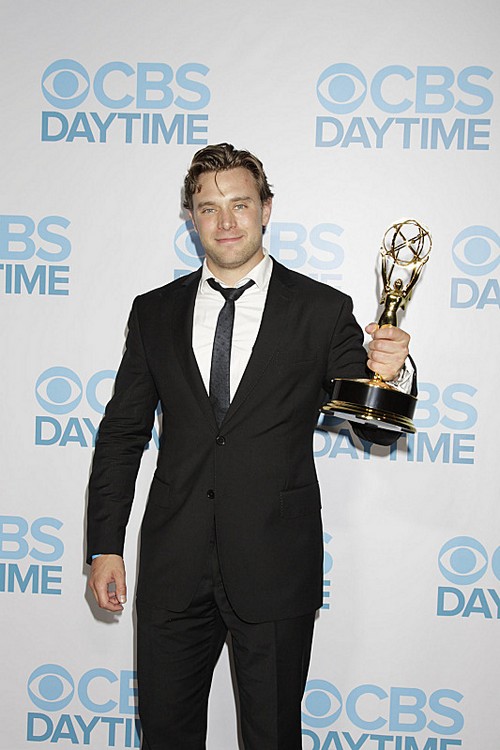 There has been a lot of buzz lately about the iconic character Jason Morgan returning to General Hospital. Last month we learned that Jason Morgan was actually “on ice” and still technically alive, and Victor Cassadine dragged Robin Scorpio-Drake out of Port Charles to bring him back to life. GH fans took that as a sign that Jason Morgan would be returning to the popular daytime drama sooner rather than later. There is only one problem- Steve Burton the actor that played the part of Jason Morgan has since joined the CBS soap opera The Young and the Restless and has no intention of leaving.

So, if Robin manages to revive Jason Morgan and he returns to Port Charles, who will take on the role? Soap fans took to the internet and the unanimous vote is The Young and the Restless alum Billy Miller, he would play the part of Jason Morgan perfectly. Miller was a fan favorite and played the part of Billy Abbott up until a few months ago. Miller requested some time off to work on a different project and producer Jill Farren Phelps refused to grant him any. Instead she recast his role and gave it to David Tom. The decision was met with a lot of protest and unrest from soap fans, and David Tom did not receive a warm welcome.

Rumors and speculations have been swirling for a few weeks now that Billy Miller would be heading over to General Hospital and playing the part of Jason Morgan when he returns. And, apparently Steve Burton got wind of them. He isn’t exactly thrilled about the idea of someone else filling his shoes, but if it has to be someone he would like it to be Billy Miller. Here’s what Burton told Soaps In Depth about his potential replacement, “When all that talk was going on, I said to myself ‘Billy would be perfect.’ It’s a character I played for a long time, and I have a huge emotional connection to him and the people there. It’d be weird to see, but they have to do what they have to do. I understand that.”

Here is how some of the readers of Soap Opera Spy feel about Steve Burton’s pick of Billy Miller for the role of Jason Morgan:

if this is true, this makes me very very very happy. the only thing that could be better would be michael muhney but billy is tops!! so happy that steve burton will not be back on my show.

Steve Burton needs to go back to General Hospital

No one can replace Steve Burton.. He will always be the only Jason to me

MM would have been much better!

I agree that MM would have been a good choice but he’s been through enough. The last thing he needs is everybody giving him grief about that too! Most GH fans don’t want anybody to play that part but SB

Some comments show that fans were not too appreciative of their perception of Steve’s opinion of GH – in the sense that Steve is just so happy at Y&R – implying that GH wasn’t good enough for a man of his estimable talents – other fans didn’t seem to notice:

I would rather have Steve back but I would accept Billy

Billy is a good “crazy” actor….remember him and his sister ..aNNIE… on AMC?

Well one thing that comes through is that fans would love Steve Burton to return to GH as Jason! How do you feel about Billy Miller possibly taking on the role of Jason Morgan on General Hospital? From what we’ve seen before on Soap Opera Spy Billy as Jason would be wildly popular. Do you think he would be a good fit? Or, would you rather see Steve Burton return to Port Charles? Let us know what you think the comment section below.