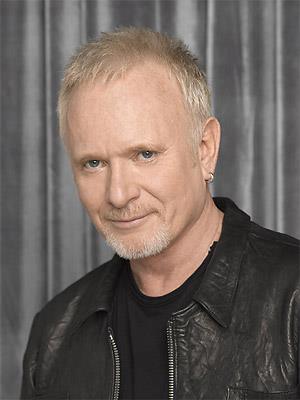 Is General Hospital destroying Luke Spencer’s character in retaliation for actor Anthony Geary‘s ridiculous salary demands? Fans are starting to call out Spencer’s behavior on the show, with some even stating that he’s crossed the line into being too creepy. Since Spencer’s stay at the Miscavige Sanitarium (love the Scientology smackdown!) his character has changed and it seems he has lost his filter – expressing all sorts of sexual crudeness.

I mean, Spencer made this comment to Kiki: “I’m engaged not dead, everyone loves a little hot sauce on the side.” Blech. Fans are really starting to question Spencer’s behavior, especially with Kiki. Many have stated that he’s acting too weird, even for the relatively low barometer set by his character. Some are starting to wonder if this is the show’s way of slowly writing him out, by making him so unlikable that fans won’t care once he’s gone. Considering that Spencer was one of the show’s best and most fun characters at one point, this drastic character transformation is not going over so well with the viewers.

So did Anthony Geary deserve this mess? For those who haven’t been keeping track of the dispute, Anthony has basically been part-time on this show for 35 years but believes he deserves a $1.5 million paycheck per year. The guy doesn’t even live in the US! And he only spends 18 weeks at most filming his scenes for the show. Out of roughly 52 weeks in a year, that’s less than 35% of his time spent on set.

Anyway, according to a recent report from GLOBE, the network executives behind General Hospital told Tony that he needed to take a 50% pay cut to $750,000, but he threatened that he would walk if they tried to enforce that. Honestly, considering the network doesn’t even pay that kind of money to some of the show’s better known stars who work more and are more consistently seen on the show, I don’t see how Geary could justify his position at all. Everyone knows that the soaps are struggling financially and that their position on network TV is vulnerable – even the online reboots of OLTL and AMC failed miserably.

And here is what fans on Soap Opera Spy have to say on the matter:

Sad! Clearly, they did SOMETHING to Luke in the sanitarium?? I saw that he had a salary dispute with the powers that be in October 2013. Wonder if this is their way of writing him out? It is too creepy.

Ugh!!! I don’t know why they’re doing this, other than Tony Geary may leave the show because they want to cut his salary and he refuses to give up the BIG bucks. If they don’t agree, he claims he really is leaving.

Honestly he generally is not like this. He is generally lots of fun. This is super creepy.

Once the salary dispute came to a head, GLOBE’s source added that Geary requested his character be killed off if he left. And this is the perfect way for the network to kill off a character without having to deal with re-casting. Make the fans hate him enough that they’ll be thrilled to see him go. Or maybe it’s just petty revenge for Geary’s salary demands. Either way, it’s starting to look like we might be saying a permanent farewell to Luke Spencer.

What do you guys think? Will you be sad to see Anthony Geary depart the show? Does Geary need to put his personal interest in making more money aside for the greater good? Nobody likes a pay cut but given the current climate of daytime TV perhaps Geary needs to simply cooperate? The Networks are all business and will make profit and loss calculations a priority in any decisions they make about future programming. Let us know your thoughts in the comments below.