Prospect Park and ABC Legal Feud: The Network Countersues for All My Children and One Life to Live Licensing Fees! 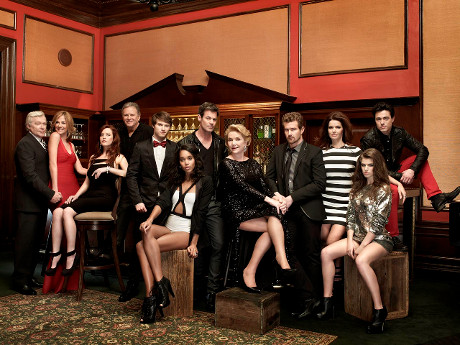 The legal drama between Prospect Park and ABC seems to get a little messier every time we mention it. We told you recently that Prospect Park had filed for bankruptcy and, in that petition, claimed that they currently owed ABC $1.7 million in fees. Prospect Park filed a suit against the alphabet network months ago because, after entering into a licensing deal with ABC that allowed them to borrow pivotal characters from All My Children and One Life to Live, the network began borrowing back and killing off the characters. Needless to say, it is an extremely messy situation and millions of dollars are at stake.

According to Deadline, ABC has now decided to countersue, claiming that they were owed a total of $8.5 million from Prospect Park for the first full season of both AMC and OLTL when it was rebooted online last year. ABC claims they were only paid a portion of that amount but it seems to me that they’ve gotten what they were entitled to. PP paid the full fees from April-June of 2013 when both shows were airing on The Online Network. They only paid part of the fee for the summer — but you have to remember that OLTL was pulled from the network then.

PP is contending that they paid for what they actually used and ABC claims that they didn’t prevent OLTL from airing; therefore, they want payment in full. ABC may not have forbid them from using its characters, but they did kill off OLTL’s characters which prompted PP to halt production and look more closely at the bigger picture.

PP feels that ABC sabotaged them and so full payment isn’t owed. What do you guys think? Do they owe ABC or is it the network that owes Prospect Park? Tell us your thoughts in the comments below!