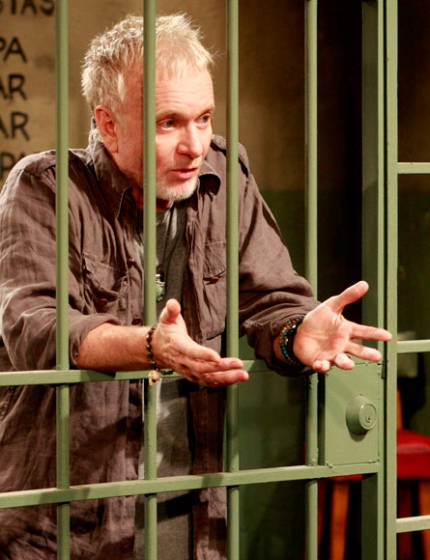 Soap Operas are truly turning into a dying breed and any attempts to modernize the genre seem to also fall flat. We watched as Prospect Park revived both All My Children and One Life to Live and brought popular characters back to life 5 days a week online only to find that very few people cared. That audience that would sit and watch their shows for an hour on television each day had no interest of spending 30 minutes viewing the rebooted shows online.

General Hospital is one of the few soaps actually left on network television but it is feeling the numbers crunch as they can’t afford to pay big bucks to even veteran performers anymore. Anthony Geary has been with the show for 35 years and truly has spent much of that time working when he wants to. The actor lives in Amsterdam and spends only about 18 weeks a year in the states to film this scenes. His character, Luke Spencer is one half of the Luke and Laura supercouple that had viewers of GH running home to watch the show years ago. Tony believes that his presence alone commands a big paycheck, $1.5 million a year for basically a part time gig, to be exact.

According to the Oct. 29th print edition of GLOBE magazine, the powers that be are insisting that Tony take a 50% pay cut and he insists that he’ll walk if that is their bottom line. From the network’s stand point, actors that work year round and enjoy non-stop front burner storylines don’t make that kind of money while sacrificing other areas of their lives for the sake of the show.

Tony is insisting that if he leaves he also wants his character killed off to remind the audience that even beloved characters do die in daytime. Needless to say the network would rather leave the door open for the possibility of Tony’s return down the road. Any way you look at it this is a stalemate that no one will really win. Do you think Tony will end up quitting? Tell us your thoughts in the comments below!