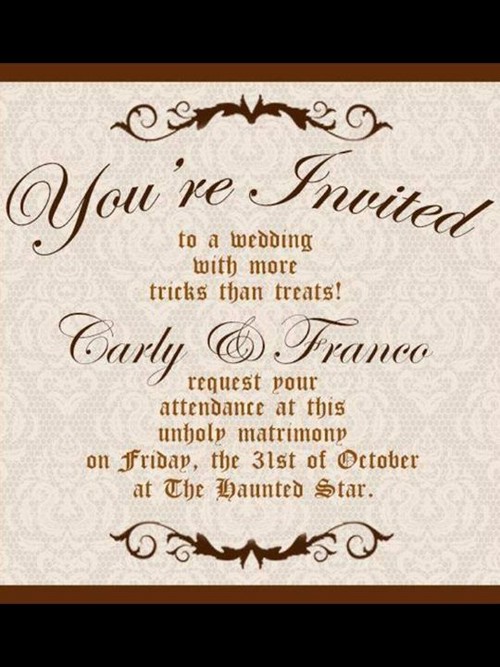 General Hospital fans have been counting down the days until Carly and Franco’s explosive Halloween wedding on Friday October 31. According to GH spoilers and rumors, the highly anticipated episode of the ABC soap will be packed full of must-see drama. Franco (Roger Howarth) and Sonny Corinthos both have big plans for each other, and it’s just a matter of time before the two ticking time bombs implode and create havoc in Port Charles.

So, what exactly can GH fans expect to see go down at General Hospital’s Halloween episode? Well, according to spoilers in the November 10th edition of ABC Soaps in Depth, both Franco and Sonny have big plans for Carly’s big day. GH’s Ron Carlivati dished to the magazine, “You’ve got Heather, set to be unleashed by either Franco or Sonny; you’ve got Franco armed with a video proving Sonny killed Michael’s father, you’ve got Michael begrudgingly agreeing to be Franco’s best man, so he’s standing right there beside Carly and Franco on their wedding day, and everything is poised to come out.”

General Hospital spoilers also reveal that Michael (Chad Duell) is caught in the middle of more gunfire on November 1, but it is really anyone’s guess who is shooting at whom. Heather (Robin Mattson) could be shooting at Carly, or even Franco. Can Franco really trust his mom after their shady past? Or, Sonny (Maurice Benard) or Shawn could be shooting at Franco? Or the police could shooting at Heather, the list of possibilities is endless. One things is for sure, GH fans will not want to miss this wedding!

So, do you think everyone will live through this wedding? Who do you think gets shot? Will this Halloween be the end of one of our favorite characters? Let us know what you think in the comments below and don’t forget to check CDL tomorrow for more General Hospital spoilers and news.