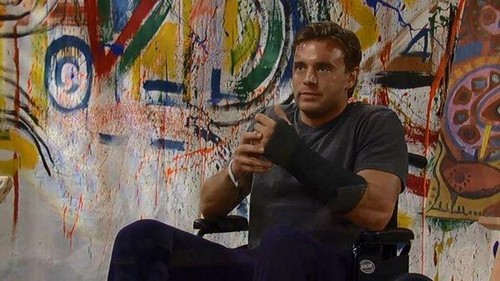 General Hospital spoilers and news for the week of October 27 reveal that GH fans will not want to miss a single episode. With time winding down before Carly and Franco’s highly-anticipated Halloween wedding, Franco and Sonny kick their schemes into overdrive. However, Sonny might have bigger fish to fry, as his secret regarding AJ Quartermaine’s murder begins to surface.

Monday October 27: According to General Hospital spoilers, Sonny gets shocking news after a run-in with Michael Corinthos. Michael informs Sonny (Maurice Benard) that he knows Carlos didn’t shoot and kill AJ Quartermaine, and he is convinced Ava Jerome did. While Sonny deals with Michael, Shawn begins their plan to take down Franco and pin it on Heather Webber. Meanwhile at the hospital, Jason Morgan AKA Jake (Billy Miller) and Liz plot against Dr. Obrecht.

Tuesday October 28: The Halloween festivities kick off in Port Charles, and spoilers tease that Franco (Roger Howarth) spends the night celebrating at a make-shift bachelor party with Scott. General Hospital spoilers tease that Nathan and Maxie are not ready to give up on their relationship, and they brainstorm ways to be together in secret without the judge knowing.

Wednesday October 29: Carly should be putting the final touches on her wedding, but instead she spends the day trying to convince Michael Corinthos to stop searching for AJ’s killer and drop his witch hunt. Carly (Laura Wright) has as much to lose as Sonny if the truth comes out, since she has been covering for him this entire time, so it makes sense that she wants Michael to stop searching for information.

Thursday October 30: The residents of Port Charles prepare for Carly and Franco’s big day, however Shawn’s plan to take out Franco and frame Heather hits a major speed bump. Unbeknownst to Franco, his plan is in jeopardy as well, Carly discovers a huge secret that her fiancé has been hiding from her. In other General Hospital news, Sam (Kelly Monaco) gets shocking news, rumors tease that it has something to do with her son’s health.

Friday October 31: Another epic General Hospital Halloween episode will go down in the books, all hell breaks loose at Carly and Franco’s wedding, and Nina Clay (Michelle Staffor) makes a shocking move. Sonny’s guilt is eating him up inside and he makes a major confession to Morgan.

So GH fans, are you as excited as we are for Halloween in Port Charles? How do you think Carly and Franco’s wedding will go down? Will Sonny and Shawn take out Franco? Or, will Franco and Heather make their move on Sonny and Carly? And, what horrific thing does Nina do, does it involve her plot to steal Ava’s baby? Let us know what you think in the comments below and don’t forget to check CDL tomorrow for more General Hospital news and spoilers.