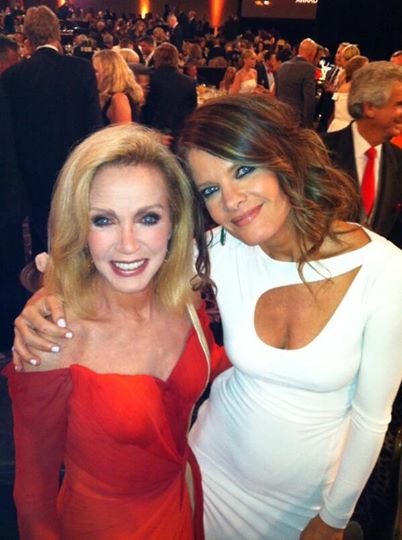 General Hospital fans were a little disappointed with Michelle Stafford’s new character, Nina Clay, when she first emerged on the soap opera. Everyone had high expectations after watching Stafford’s character, Phyllis, on The Young and the Restless for the past decade, and it seemed like a waste to put such a talented actress in a wheelchair and have her play the part of a weak, broken woman.

Apparently, fans were on the same page as the GH writers, because they obviously have big plans Stafford’s not-so-broken character Nina Clay. It was recently revealed that Nina is not as helpless as she has been pretending to be, and can actually walk just fine. Not only can she walk, it turns out she has enough strength to level Sylas’s apartment with a crow-bar, which Silas accused Madeline West of doing.

During the June 23rd episode of General Hospital, Nina Clay revealed she is just as bitter as well all expected her to be. Really, who wouldn’t be in her situation? She was nearly killed by her own mother, lost her baby, lost all of her money, lost twenty years of her life, and lost her husband. Nina is determined to bring Silas down; after all, he cheated on her with Ava Jerome before she went into a coma, and then she woke up twenty years later and found out he was cheating on her with Sam Morgan. And, as far as Nina is concerned, Silas “left her to rot for two decades.”

Nina Clay also seems a little unhinged. During the June 23rd episode of General Hospital she created a list of people that “screwed her over” including: Madeline, Silas, Sam, and Ava, and made it very clear she planned to get revenge. She seems to have already kicked off her revenge scheme, and is successfully driving a wedge between Silas and Sam, first by insisting on living with Silas, and then putting the idea in his head that Sam isn’t over Jason Morgan because she is still wearing her wedding ring.

There really is no telling what exactly Nina Clay’s ultimate end game is, because she seems to just be flying by the seat of her pants. What kind of damage do you think Nina will do in Port Charles? How do you think she will get revenge on Madeline and Ava? Let us know what you think in the comments below and don’t forget to check CDL daily for all of your General Hospital spoilers.