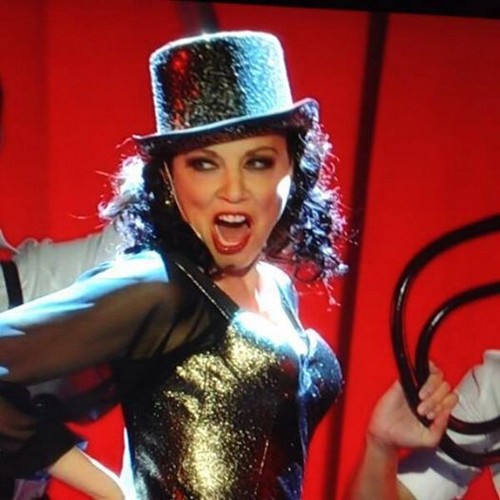 The iconic General Hospital Nurses’ Ball kicks off in just a few short days on the popular ABC daytime soap opera. The 2014 Nurses Ball marks the event’s 20th anniversary and will air for four straight episode, beginning on Thursday May 8th and concluding on Tuesday May 13th. ‘The Powers That Be’ at General Hospital managed to work the gala into May Sweeps, so you can imagine all of the jaw-dropping twists and turns the writers have planned for fans at home.

General Hospital spoilers tease lots of exciting drama at the 2014 Nurses Ball, including the Liz, Ric, and Nikolas triangle finally coming to an end. Since it was revealed that Britt stole Lulu and Dante’s baby, Nik called off their engagement and suddenly decided he was going to win Liz back. However, Liz’s ex Ric Lansing just returned to Port Charles, and he has already been making an obvious attempt to win Liz back as well. Although Liz recently informed Nik she still had feelings for him, they kind of went out the window when Ric waltzed back into her life. Lately she has just been dragging both men along, but we can expect her to either make it official with Ric or Nik by the end of the ball.

Lucy will once again be playing the ball’s “mistress of ceremonies,” and GH fans can expect to see Lucy’s dirty laundry aired front and center. According to spoilers, Lucy’s long-standing affair with Scott behind her husband Kevin’s back will finally be exposed, and it’s not going to be a pretty sight. Lucy won’t be the only cheater in attendance at the gala though, Olivia will be fuming with Sonny when they arrive (most likely because she has put two and two together and realized he slept with Ava), and the mobster will try desperately to smoother things over with her.

Of course there will be tons of crazy unexpected events at the Nurses Ball – that’s why we are so excited! But, one spoiler for the Ball has everyone buzzing on the internet. According to multiple sources, Luke makes a huge and shocking announcement at the ball. General Hospital fans have been speculating for months what is up with Luke, and general consensus is we have an imposter on our hands. It sounds like Fake Luke finally reveals his true identity this year at the Nurses Ball!

Today Soap Opera Digest announced that Bold and the Beautiful alum Ronn Moss had secretly joined the cast of GH and would be appearing in an episode this week. Considering TPTB at General Hospital tried to keep his character on the down low, we are almost certain he could be taking on the role of Fake Luke’s imposter. How awesome would it be if Fake Luke peeled off a mask at the Nurses Ball and revealed he was Ronn Moss!

Update: Hold everything! Ronn Moss is coming to GH for only a day – he is not a new hire and will not be taking a long-term role on our favorite soap. His band will be performing at the Nurses’ Ball 2014 – that’s it and that’s all folks. Ronn’s wife clarified all this on Twitter. On the brighter side of this disappointing news is that we still  leave the door open for Michael Muhney and/or Billy Miller to join the great cast on General Hospital.

Also it is tradition that blasts from Port Charles’ past always show up at the ball for a little cameo. Several names have been thrown out there by fans speculating who may show up for the charity event. A popular theory is that Robin might finish her work and arrive with Jason Morgan, Helena, and Stavros in tow. How fun would that be? And who do you think they would cast to play Jason Morgan?

So General Hospital fans, are you excited for the Nurses Ball to kick off this week? Who do you hope to see in attendance, and not in attendance? DO you think Elizabeth will choose Ric or Nikolas? Do you think there is still a chance Nikolas and Britt may reconcile, despite the fact that she basically stole his nephew? And, what about Fake Luke? If he reveals his true identity this week on GH, who do you think we will learn has been posing as Luke? Share your thoughts and theories in the comment section below!‏

Here are some comments about the 2014 General Hospital Nurses Ball from fans at Soap Opera Spy:

Not many people can pull that off! She looks stunning!

Not certain if anyone know this, but Elizabeth (Rebecca Herbst) is a clothing designer in real life and designs and wears onset many of her creations.

This is my mother-in-laws favorite soap opera. When the travel to St Louis from Kansas City, they time their arrival so she can watch this when the get here. LOL

From what we hear this years version of the ball is the best ever. Just wait until the surprise guest(s) show up!

Fans have more to say about day 1 of the ball especially about Dr. Obecht remarkably stealing the show with her Cabaret performance:

Thank god she took it over.

Dr. Obrecht was spectacular. Best at Nurse’s Ball ever.

She did great, it very well may be the best Ball they’ve had yet. I won’t be surprised if it ends up that they will announce they raised more for the cause than anytime before.

Yes I believe that so far it is the best.

I thought she was great just a little nuts.

I’m sure there will be surprises even greater than Dr. O’s performance coming soon at the Ball!