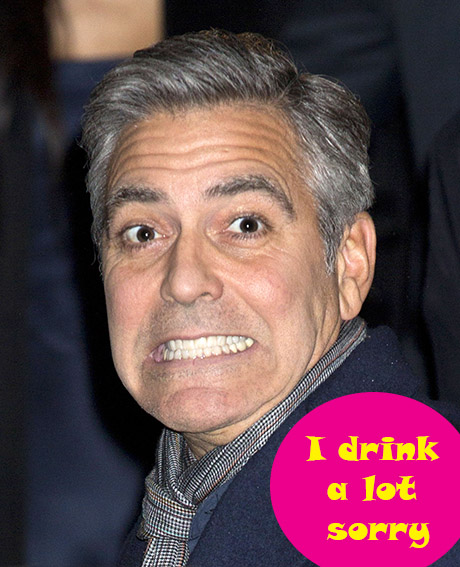 George Clooney has always been a defender of President Obama, so when someone blasts the current POTUS, well, Mr. C isn’t about to let them get away with it. During a dinner with hotel tycoon Steven Wynn, George Clooney reportedly got drunk on tequila shots (classy) and after Wynn made a comment about President Obama he was given the F-bomb treatment  by the A-list actor. Apparently, according to Clooney, Wynn was going off about the Affordable Care Act.

Clooney says, “I said that the President was my longtime friend and then he said, ‘Your friend is an asshole.’ At that point I told Steve HE was an asshole and that I wasn’t going to sit at his table while he was being such a jackass.”

Steven commented on the shenanigans in the Las Vegas Review-Journal, saying, “When he’s [George] drinking, he considers himself a close personal buddy of the President. Clooney’s fun to be with when he’s sober … If you have a chance to drink with him, you want to get there early, and don’t stay late.”

But George of course claims this altercation had “nothing to do with politics and everything to do with character.” Well, I don’t think these two will be getting together for dinner parties anytime soon. But Wynn’s learned to take these celebs in strides, stating, “Everybody who’s in my business — the casino business — knows to take actors with a grain of salt.”

What are your thoughts on George Clooney’s behavior?