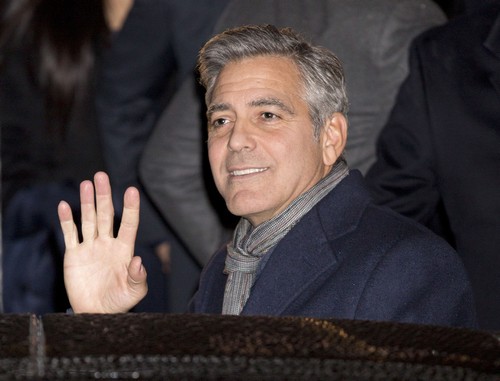 There is at least one person that would be very happy to see the relationship between Eva Mendes and Ryan Gosling finally hit the chopping block. George Clooney, 52, has already set his sights on the sexy actress and wants her to play the part of leading lady that so many women have attempted to play before.

Mendes, 39, has been involved in what some describe as a roller-coaster romance with Ryan Gosling for the past two years. The rumor mill has been in overdrive, claiming a break-up is imminent. The notorious bachelor has been single since breaking up with former pro wrestler Stacy Keibler in July 2013. Now, he couldn’t be more ready for a new romance, most especially with long-time crush Eva.

Unlike the gaggle of girlfriends Clooney has dated before, The Enquirer reports that he appreciates that Eva is intellectual and deep. Clooney loves her energy and thinks she is stunning. After a two-year stint with Elisabetta Canalis, 35, and another high-profile romance with Keibler, Clooney took a short break from love. Now, it seems, he is ready for romance and the sexy Latina is just what he is looking for to cure his loneliness.

While he has not made his move yet, he’s put it out there that there is interest. He wouldn’t step on the toes of fellow actor Gosling, but he wants it known that if the couple break-up, he’ll gladly pick up where Gosling left off.