GLOBE: Kate Middleton Gets Rave Reviews For Her Tour Down Under (PHOTOS) 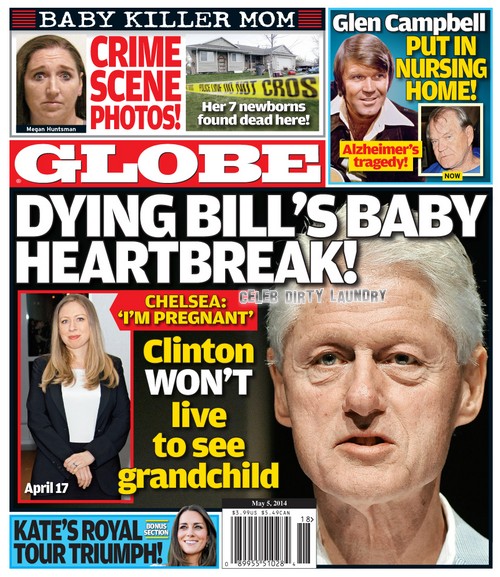 I think at this point we can all kind of agree that Kate Middleton is the best thing to happen to the royal family in a very long time. Her first few months as Prince William’s wife were a period of trial and error but by the time she found out that little Prince George was on his way Kate seemed to really find her footing. She has spent most of the month of April touring New Zealand and Australia with her young family and Kate has yet to put a foot wrong. According to the May 5th print edition of GLOBE magazine she has won rave reviews from royal watchers and her royal majesty alike. Queen Elizabeth herself penned a hand written letter to Kate a few weeks ago giving her the highest praise imaginable – she declared the duchess to be ready to be the next Queen.

Kate has stepped up and really proven that she is past her post partum depression, back in top form and also settled into the crazy life of a new, working mother. Prince George has won hearts across the world and he is seen as an example of what a great influence Kate is. This is one of the many reasons why Elizabeth would rather see her and William atop the throne next. Will this tour help solidify their place in history or will Prince Charles hang on to his birthright and be crowned the next king? That is the biggest question of all.

Last week Chelsea Clinton announced her pregnancy and it was likely one of the happiest days of both Bill and Hillary Clinton’s lives. They have let it be known for years now that a grandchild is their fondest wish so their daughter’s pregnancy is already a dream come true. Glob has the latest on Bill’s health though which has been rumored to have been declining for quite awhile now. There are fears that he may not live long enough to meet his grandchild and you can learn all of the details in the May 5th print edition.

GLOBE tackles a true crime story in this issue and the focus is on Megan Huntsman who killed her 7 newborn babies. You can learn more about her and the conditions in her home once investigators finally arrived on site and uncovered the grisly findings.

GLOBE also brings its readers up to date on Hollywood favorites and they have the latest on Glen Campbell’s being placed in a nursing home. You can catch these stories and many more in the May 5th print edition of GLOBE magazine. I’m looking forward to reading my copy this week and learning all the details on these stories – I’ll get facts and insight that no other new magazine delivers!  In the meantime, do you think Kate has done enough to reign as queen? Tell us your thoughts in the comments below!