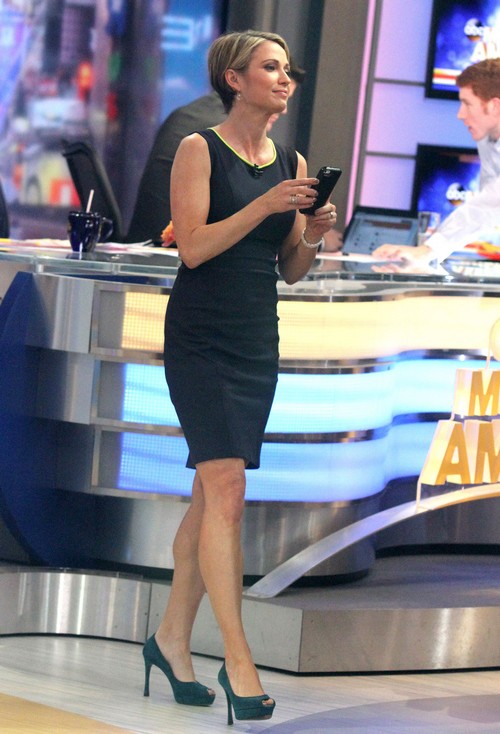 Good Morning America seems like such an upbeat and refreshing talk show, if only America knew that behind the scenes the cast is just as catty and cold-hearted as any other television show. Unbeknownst to viewers at home, who only see GMA women’s on-screen smiles, there is actually an epic cat-fight in the works when the cameras aren’t running.

It’s no secret that co-host Lara Spencer and special correspondent Amy Robach have never seen eye to eye on Good morning America. According to a source of GLOBE Magazine, “Among the gripes that Amy has with Lara is that she shamelessly flirts with the mail staff and guests. It’s cringe-worthy, according to Amy, and she hates it.” The source adds, “Lara is a married woman, it’s just unprofessional in Amy’s opinion.” However, in leading lady Robin Roberts’ new memoir she totally disses Robach and makes it very clear she is Team Lara all the way.

Roberts references her co-workers in the book, titled “Everybody’s Got Something,” and brags that Josh Elliot, Lara Spencer, George Stephanopoulos, and herself share “real affection and energy.” She also went on to gush that Lara, “is a bundle of energy who has perfected the art of covering pop news.” Robach barely got a mention in the entire memoir, but pages were devoted to her time on GMA with Lara.

Now that Lara has been promoted and is an official co-host, it seems that it will only be a matter of time before she and her BFF Robin Roberts completely freeze out Amy Robach altogether. Are you Team Lara and Robin, or do you sympathize with Amy Robach? Let us know in the comments below!