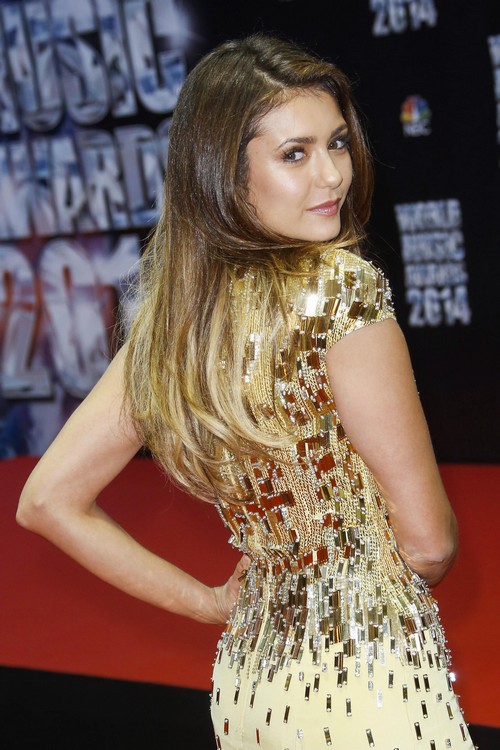 It must take quite a bit of work to be discreet when you are a former celebrity couple that is still hooking up. I mean, Nina Dobrev can’t be photographed doing a walk of shame from Ian Somerhalder’s hotel room, but that doesn’t mean that they aren’t getting together. It just indicates that this duo has learned how to outsmart the press because they actually want to keep their relationship private.

Ian and Nina officially split up last spring but we have watched them slowly but surely drift back together and this time around they are wiser. Their original romance worked well until the whole world knew about it so this time around the majority of us are in the dark. However sources close to The Vampire Diaries set have confirmed that the heat between Ian and Nina still exists and neither one of them has yet to find anyone else that they would rather travel or spend time with.

So when both of them were scheduled to attend The World Music Awards the other night in Monaco you know as well as I do that it was a prime opportunity to hook up while everyone’s eyes were focused on other celebs. Plus they were in Monte Carlo, a location that demands some steamy behavior and according to our source Ian and Nina made good use of their work obligation and spent some quality time together behind closed doors.

Are they smart to keep their relationship truly private at this point? I mean there are occasional clues posted on Twitter but for the most part everything between then is on the DL. Will that maybe be the key to Ian and Nina’s relationship working out or is this simply a friends’ with benefits situation until they both find someone better to move on with? Tell us your thoughts in the comments below!

Nina Dobrev attends the World Music Awards 2014 at Sporting Monte-Carlo on May 27, 2014 in Monte-Carlo, Monaco.