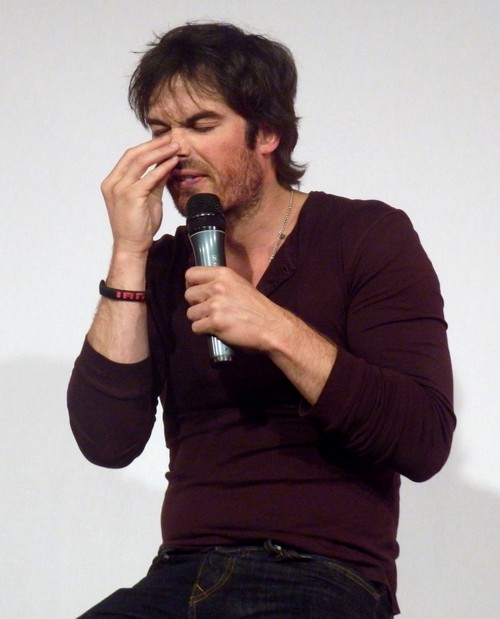 Every move that Nina Dobrev makes is closely scrutinized, largely because fans are taking any opportunity to put her back together with Ian Somerhalder. It’s an easy assumption to make, especially considering Nina’s romantic history with Ian, plus the fact that they’re still working together. Several sources on the set of the Vampire Diaries have already claimed that sparks are still flying between Nina and Ian, and it’s only a matter of time before they’re back together for good.

Plus, Nina’s social media activity isn’t helping matters. She recently uploaded a post to her WhoSay account that immediately had fans jumping at the chance that she was speaking about Ian. She uploaded a message stating, “I have the deepest affection for intellectual conversations. The ability to just sit and talk. About love, about life, about anything, about everything. To sit under the moon with all the time in the world, the full-speed train that is our lives slowing to a crawl. Bound by no obligations, barred by no human limitations. To speak without regret or fear of consequence. To talk for hours and about what’s really important in life.”

Hmmm… it certainly sounds like Nina’s talking about her significant other, no? And if it’s not Ian, then clearly Nina’s got another man in her life. However, several sources close to Nina are adamant that she’s gotten back together with Ian, and their relationship seems close enough that she would have these kinds of conversations with him on a regular basis. Plus, both Nina and Ian have been more active than usual on their social media recently, and it’s not hard to guess that that’s correlated to their renewed romance.

Granted, both Nina and Ian are reportedly planning to keep their relationship private this time around, but it’s interesting to note that neither one of them is shying away from public [Internet] displays of affection.