Ian Somerhalder to Propose to Nina Dobrev: Wants to Marry and Have Children? 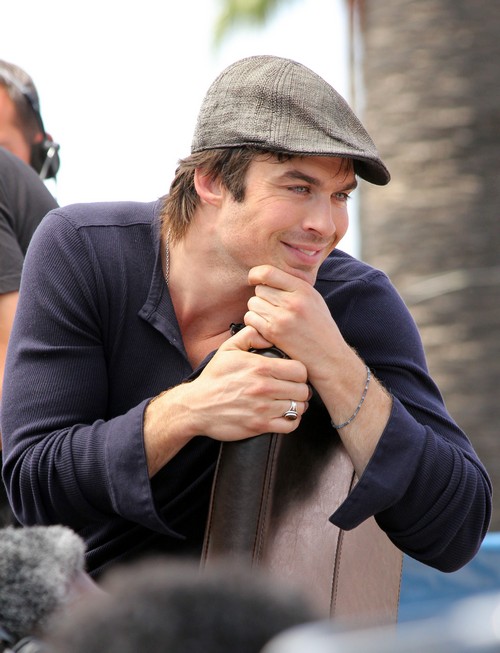 Ian Somerhalder still hasn’t moved on from Nina Dobrev, contrary to all the recent stories about his new girlfriend. In fact, he’s been pretty vocal about the fact that he hates dating in Hollywood, despite the fact that one of his longest running relationships has been with his co-star. And now, sources close to Ian are claiming that the reason he’s sworn off Hollywood relationships is because of the heartbreak that the breakup with Nina caused him.

But alas, there are already rumors claiming that after the Molly Swenson rumors and Michael Trevino rumors, and multiple rebounds on Nina’s part, Ian and Nina are finally taking a chance at a reconciliation. Apparently, Ian has realized that he wants to marry her and settle down with her, and possibly even raise a family with her.

Before Ian and Nina broke up last year, there were actually quite a few rumors claiming that they were on the verge of getting engaged, even though that didn’t end up panning out. But perhaps they’re willing to try again this time around? Maybe they’ve learned from whatever mistakes broke them up in the first place, and are going to make sure it doesn’t happen again?

It’s possible, especially when you consider the fact that Ian is 35 years old. He ain’t getting any younger, and even if Nina’s still beginning her Hollywood career, his is already reaching its peak. It’s believable that he wants to get settled down, but will she be as willing to get married and start a family, especially when she still has so much in front of her?