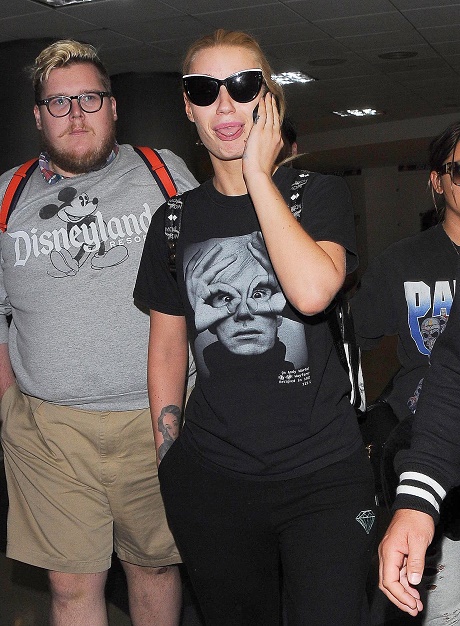 Iggy Azalea has a boyfriend? Despite rumors of this year’s rising pop sensation’s sordid affairs with stars like Kim Kardashian’s hubby Kanye West, Iggy Azalea actually has had a serious boyfriend for over a year now. The Australian singer has been dating NBA player Nick Young exclusively since they met on Twitter back in 2013, and the happy couple is inseparable.

According to the September 15th edition of OK! Magazine, Iggy and Nick are reportedly taking the next big step in their relationship, and Iggy has officially moved in to his house. And, considering he just signed a $21.5 Million contract with the LA Lakers, it is most likely a very nice house at that.

The magazine goes on to explain that not only are Azalea and Jordan sharing the same address, Jordan has even begun referring to the singer as “The Mrs.” A source revealed to OK! that, “Iggy is head over heels, and everyone says what a great match they are. They love to do normal stuff together, like go bowling or to Six Flags, and she’s been welcomed in to his inner circle with open arms.”

It sounds like Iggy and Nick could be the next power couple, and rumor has it a wedding isn’t that far off. Iggy and Nick are actually very private about their personal lives, so the odds of the having a huge ceremony are pretty slim. For all we know the young couple could have already jetted off to a remote location and said “I Do” without us even knowing.

Did you know that Iggy Azalea had a serious boyfriend? Do you think that Iggy and Nick will be the next celebrity couple to tie the knot? Let us know what you think in the comment section below!