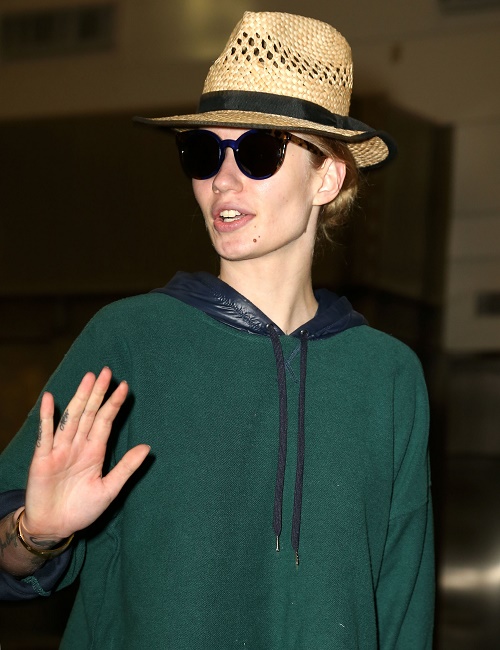 Iggy Azalea has been featured in the media quite heavily for the past month, largely due to her feud with Azalea Banks. However, Media Take Out recently had a report claiming that Iggy’s boyfriend, Nick Young, was gay and that he was just bearding for Iggy.

Right. And in Media Take Out’s world, a guy shopping with another guy at Barney’s immediately equals him being gay. Yes, two dudes shopping at Barney’s is definitely suspicious under normal circumstances, considering that it’s Barney’s and most guys wouldn’t be caught dead there without their girlfriends or wives. But at the same time, this is Hollywood and Nick Young is Iggy Azalea’s boyfriend – I wouldn’t consider this ‘normal’ circumstances, just as I wouldn’t consider him a normal dude.

Plus, there have been lots of attempts to smear Iggy Azalea‘s name in the media over the past few weeks, probably all orchestrated by Azalea Banks in some manner or other. Overall, I’d say it’s a very unlikely possibility that Iggy Azalea’s boyfriend, Nick Young, is gay. But you know, Hollywood always surprises us, and it might do so again.