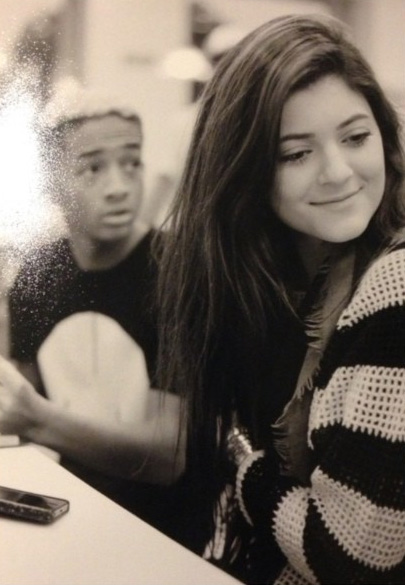 We have been telling you for the better part of a year now that Jaden Smith has been spending a lot of time with Kylie Jenner. The two kind of fly below the radar a lot and only seem to pop up together in public once a month but that doesn’t mean that they aren’t tight. It’s actually just the opposite and Jaden spends days on end at Kylie’s house where he is inevitably spending time with Kris Jenner.

According to the Feb. 3rd print edition of National Enquirer, Will Smith and Jada Pinkett have had enough of their sons’ relationship with Kylie. At first they thought it was cute but they also believed it would be a short lived thing that would leave Jaden and Kylie going in opposite directions by the end of last summer. Instead they rang in 2014 together and Jaden seems more smitten than ever. His parents absolutely believe that Kris wants him around because she is absolutely desperate to do whatever it takes to stay relevant and well, she loves using her kids’ to do just that.

The problem is that the more Will and Jada insist that Jaden stay away, the more determined he is to be with Kylie. He recently blew off spending time with Jada in order to be at the Kardashian’s home and she totally lost it. Jada is certainly not going to play second fiddle to Kris when it comes to her son. Do you think Jaden is going to listen to his parents or are they just tapping into his rebellious side and motivating him to run towards Kylie? Is Kylie really even a bad influence or is she just stuck with a lousy mother? Tell us your thoughts in the comments below!