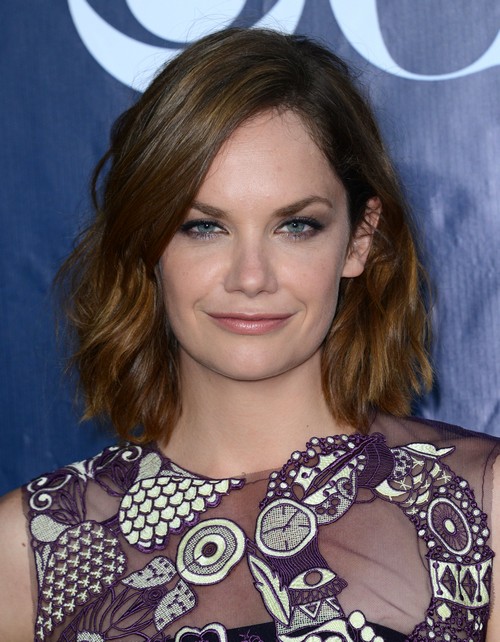 For some reason, Jake Gyllenhaal’s romantic life has never been a hotbed of gossip – unless he was dating Taylor Swift. However, there were a couple of models and minor actresses post-Taylor Swift, but half the people in the industry didn’t even know that he broke up with his model girlfriend Alyssa Miller quite recently. There have also been a lot of rumors over Jake Gyllenhaal and his co-star in Southpaw, Rachel McAdams, dating – but nothing has been confirmed on that end. Clearly, even if something happened, it didn’t last as Jake is now being linked to The Affair star Ruth Wilson, also known for The Lone Ranger and the hit TV series Luther.

Jake Gyllenhaal and Ruth Wilson are starring together on the Broadway play Constellations, and they’ve reportedly been spending a lot of time bonding during their free hours away from rehearsal. A report from Page Six claims that Jake and Ruth have been seen ‘arm in arm‘ numerous times in Manhattan, as they prepare for previews of the show to begin in Tuesday. Apparently, they even shared a ‘romantic date’ at Buvette in West Village last week, and if they’re at the point where they’re going on romantic dates, I think it’s safe to say that something’s happening.

Now, it’s not clear whether Jake Gyllenhaal is actually dating Ruth Wilson, or if it’s just a PR romance to stir up some interest in their play. Neither Jake nor Ruth seem like the types to buy into a PR romance strategy for their dating lives, but you never know with Hollywood. Perhaps they’ve been told to go public with their romance, even if their relationship is genuine. Perhaps they’re faking the whole thing completely – we’ll really only know once the play starts running, and once more outlets pick up the story.

What do you guys think? Is Jake Gyllenhaal dating Ruth Wilson, or is it too soon to tell? Let us know your thoughts in the comments below.