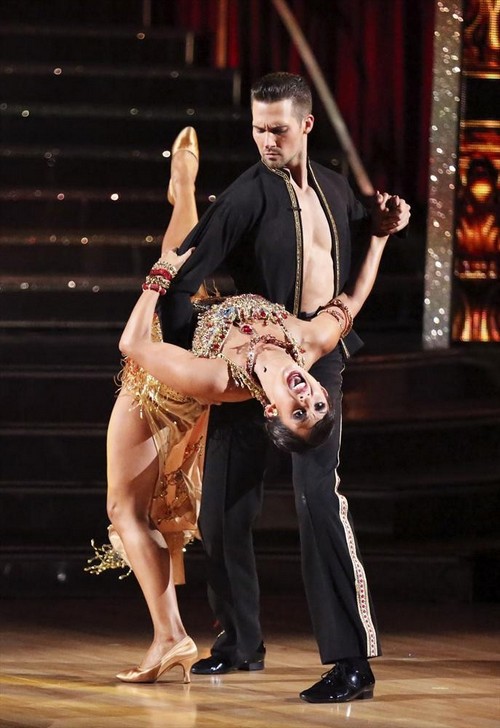 Singer and actor James Maslow danced a Contemporary dance, on tonight’s season 18 episode 5 of Dancing with the Stars with Peta Murgatroyd for the Disney themed evening.  We posted a nifty bio of Meryl Davis so you can get more familiar with her.  Season 9 Champion Donny Osmond guest judged alongside Len Goodman, Bruno Tonioli and Carrie Ann Inaba.  If you missed tonight’s show you can read a full and detailed recap, right here.

On last episode James performed a Tango and Len loved it saying, “This was burning hot!  You came in with great attack.  I found it a tad manic.  Hot and fiery well done!”  They scored Cody 35/40.

James Maslow and professional dancer Peta Murgatroyd: dancing a Contemporary dance. James has been getting ready for his dance tonight.

Judges comments: Bruno: “That was a contemporary blockbuster and not just because of the song.  You dance with such sincerity.  So close to the spirit of the song.”  Carrie Ann: “You know, what I see here was pure artistry.  I did not expect this from you.”  Len: “That would melt the coldest heart, even mine.  Thats fantastic!”  Donny: “Such amazing choreography, that was beautiful.  James I was mesmerized by the athleticism.  I was blow away by the performance.”