Jason Derulo Cheated On Jordin Sparks – That’s Why They Split? 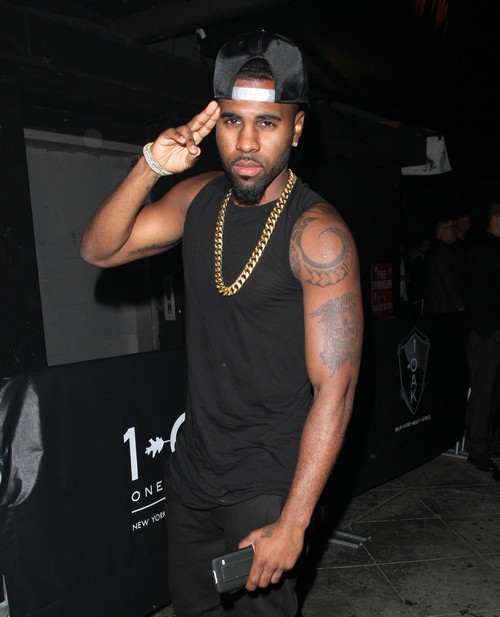 Some people were genuinely shocked that Jason Derulo and Jordin Sparks split, even though our sources are saying that it was a long time coming. The music industry is churning out divorce after divorce, which honestly isn’t all that surprising considering the depraved nature of some of its celebrities.

I know some people are reacting to this like ZOMG, LOVE IS DEAD, but really? It’s a Jason Derulo and Jordin Sparks split…. I don’t mean to be harsh, but does anyone even care? Right now, sources are claiming that it was both of their unerring commitments to their career that was the biggest hurdle, but other sources are claiming that it was infidelity issues. Hmm… whenever I hear stories like this, I immediately think infidelity is much more likely than anything else. It’s the damn music industry, you know? They’re a bunch of entitled idiots with too much money and ego, and not much common sense.

To be fair, Jason and Jordin seemed much more laid-back than most other couples in the industry, and I don’t want to diss them by saying that they had this coming or anything. But from what we’re hearing, Jason’s been pushing the idea of an amicable breakup because he’s the one who stepped out on their relationship. He’s continuing to pretend like it’s no big deal, when in reality, he’s the one who reportedly cheated. Jordin’s probably at home, crying her eyes out, while Jason is giving interviews about how he and Jordin totally split on ‘amicable’ terms.

Yeah, amicable terms my foot. If it was so ‘amicable’, then how come we’re not hearing Jordin’s side of the story? You keep trying to protect your reputation dude, we’ll see what happens when the truth comes out.