BY CDL Staff on May 24, 2014 | Comments: one comment
Related : Brad Pitt, Jennifer Aniston 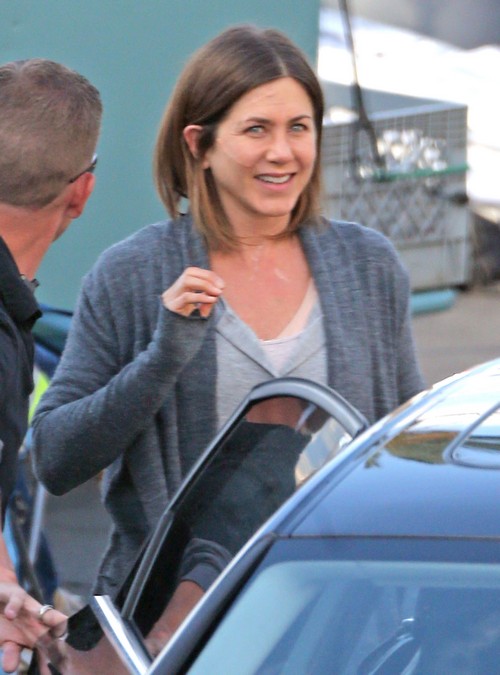 Jennifer Aniston reportedly keeps deeply personal diaries chronicling her past relationships. If they leaked, what would the press call them? Jennifer’s diaries? The tale of the woman scorned? Something cheesy and derivative, no doubt. But it is true that the press will now try doubly hard to get their hands on these so-called diaries, if they even exist.

A source gives Star Magazine more details on these diaries, explaining, “They’re all simple leather diaries, locked away in a safe in her home. These diaries [will] blow the lid off her biggest secrets, including details about the night ex-husband Brad Pitt told her her was leaving, as well as shocking stories about her high-profile lovers through the years.”

Yeah, I can see tabloids paying a cool million dollars for a diary of Jennifer’s thoughts when Brad Pitt was leaving her. However, if the diaries really were in locked in a safe at her home – and people knew that – I highly doubt that no one would have attempted to get them before. What, if Jennifer’s ‘friends’ are sleazy enough to leak this stuff to the tabloids, they won’t want to get their hands dirty by actually getting a hold of the diary?

Plus, in addition to any juicy gossip about Brad Pitt, there would also be plenty about Justin Theroux. Apparently, all of Jennifer’s lovers have been marked according to their performances, and Gerard Butler reportedly received ‘lower marks’.

As much as this is hilarious to read, I really don’t think Jennifer keeps these diaries – or if she does, there’s little chance that anyone’s actually read it. If someone took the trouble to read this and leak it to the tabloids, again, why not grab the whole thing and sell it? Plus, the diary sounds like something a teenager would keep, not a grown ass celebrity who is aware that her love life is at the center of tabloid gossip every other week.