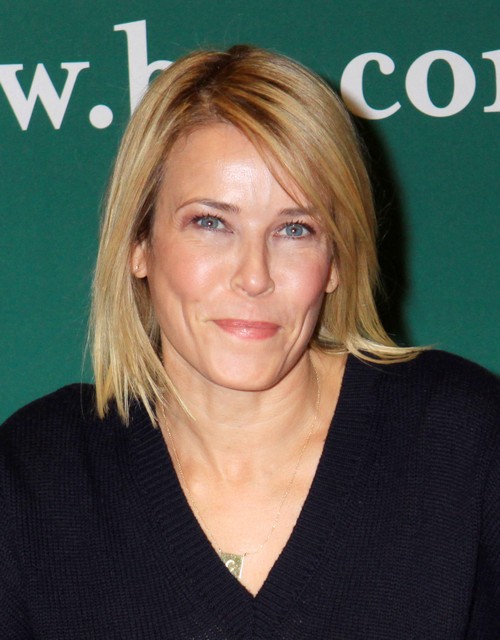 There are people that hate Chelsea Handler? You don’t say!! I mean, why would anyone hate her, when she’s such a wonderful, warm, loving person who never makes any racist or obnoxious comments?

Seriously though, this new report from Star has to be one of the most on-point articles they’ve written recently. While I’m still hesitant to believe it, it’s probably a lot more accurate than the shlock that’s put out on a regular basis. Anyway, their latest report claims that Justin Theroux and Jennifer Aniston have hit a little ‘snag’ in their relationship, and it’s because of Jennifer’s friendship with Chelsea.

A source tells Star, “Justin thinks she’s rude and obnoxious. He feels she lures Jen to parties and encourages her to act like she’s single.”

Apparently, Chelsea’s also using Jennifer to get ‘in’ on the Hollywood A-list, with the source adding, “Jen is basically Hollywood royalty and Chelsea uses her to increase her own fame. [But] Chelsea gets off on stirring the pot. She loves getting people riled up.”

Yeah, like making racist comments so she can promote her book? Or being an obnoxious talk show host? There’s a different between being a comedian and just being obnoxious, and I don’t think Chelsea fully understands that distinction. Her show remains popular because she manages to get great guests, but really, when was the last time Chelsea Handler was genuinely funny? Like actually funny, and not just relying on her scare tactics to get attention?

I can imagine why she would get between Jen and Justin as well – Justin probably saw right through her, and as we all know, Jen and Chelsea are BFFs. But Justin probably wants Jen to dump Chelsea like a hot potato, and she’s refusing. Hence, ‘a snag’ in their relationship. I doubt it’s a big snag, but it’s a snag nonetheless.