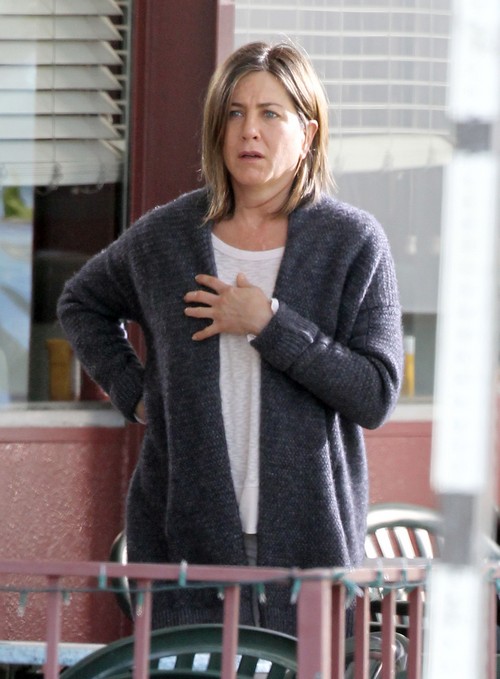 Uh-oh, it’s a girl fight and not the young girl kind either! Jennifer Aniston and Courteney Cox have been best pals for over 20 years now ever since a little show called Friends brought them together and their relationship has been pretty tight, at least up until recently. Cox loves her Botox and has publicly praised it in helping her to retain a youthful appearance. Aniston on the other hand claims she is all about aging gracefully without drastic intervention – despite evidence to the contrary that she has had plastic surgery and other procedures.

According to the April 21st print edition of National Enquirer Aniston recently spoke on the record about Botox and said that she thinks that it looks terrible on everyone. Of course everyone must also include Cox and apparently she did take it personally. Cox believed that it was a backhanded slap and when she cornered Aniston her response didn’t exactly help. She told Cox to stop trying so hard to impress her much younger boyfriend with drastic measures that make her look desperate. In other new Cox was caught with boytoy Johnny McDaid exiting an office building last week and the word is that she’s either pregnant or trying to get there with IVF.

Needless to say, the two aren’t exactly speaking at the moment. Sources close to them figure that this is a temporary feud that will eventually work itself out. Cox and Aniston have had issues before but always eventually do mend fences. Do you agree that the Botox looks terrible or do you think that it is helping Cox, who will be 50 in June, to look better? Does Aniston have it right? Also, do you really believe that she has done nothing to turn back the aging process herself despite tons of evidence to the contrary? Tell us your thoughts in the comments below!

Jennifer on the set of ‘Cake’ in Los Angeles, California on April 8, and Courteney with Johnny exiting office building earlier this week

And here is what Little Stevie thinks of all this 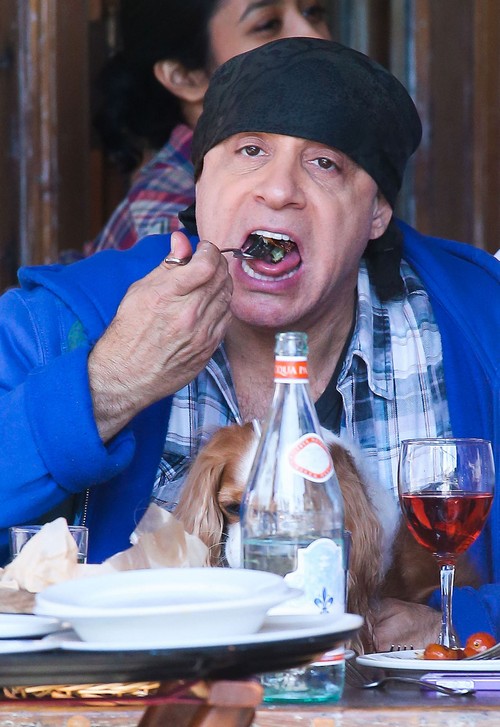