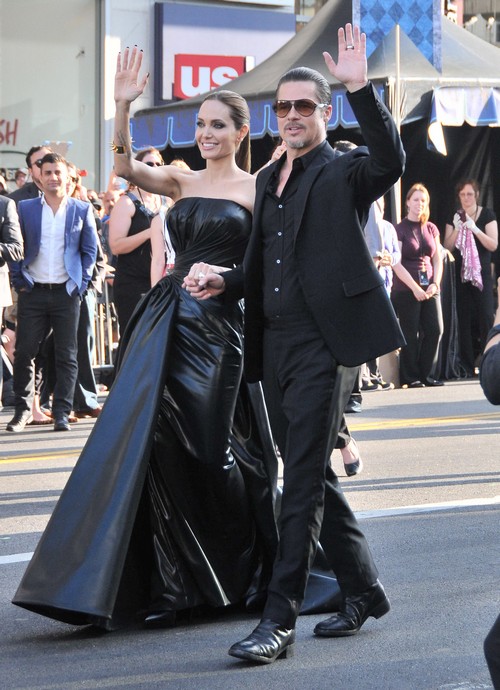 Angelina Jolie‘s had her biggest box office success yet, with the $70 million domestic and $170 million international opening for Maleficent. That exceeds her previous live-action record from Wanted in 2008, and Mrs. & Mrs. Smith in 2005, both of which made around $50 million in their opening weekend.

Ostensibly, this proves that Angelina Jolie is one of the biggest movie stars in the world, and that her drawing power is equal to none. You could argue that a spin on a popular Disney tale [in this case, Sleeping Beauty] was always going to draw audiences, and to some extent that’s definitely true, but the fact is that this movie managed to open big during a crowded summer frame with poor reviews. Without Jolie, there’s no way that would have happened, even if Alice in Wonderland and Oz: The Great and Powerful managed to open higher in the relatively uncrowded March months.

Of course, we also have to take a look at the other female stars in the same echelon as Jolie. Out of all the women that are around her age, perhaps the person that she most gets compared to is Jennifer Aniston. That may be unfair [especially since Cameron Diaz and Sandra Bullock are more appropriate movie star comparisons], but with their shared history, that’s the way the media world goes. And by now, it’s clear that with their vast career differences and Jolie’s massive success, Jennifer is envious about what she feels could have been hers.

For example, Jennifer’s highest opener was Bruce Almighty, which started at $67 million and came out 2003, at the height of her popularity. Plus, that was more due to Jim Carrey‘s drawing power than her own. Since then, her opening weekends have been steadily declining, and she’s failed to explore her options outside of her comedy safe house. But sources claim that she’s jealous of the way Angelina’s career has gone, and wishes she could open films to the same kind of numbers. Of course, she’s also jealous of the global fame and adoration that’s followed Angelina since she got together with Brad, and she thinks that she might have had a similar career and following if Brad had stayed with her.

And you know what I wish I could say to that? Get yourself a franchise, and you might get your wish. If Angelina had opened a run-of-the-mill action film, it might have opened better than average, but $70 million would have been out of reach. Jennifer may never reach the heights of Angelina, especially in critical acclaim, but at least her career won’t depend solely on how her next comedy does. Plus, I doubt she’s still hung up on what Brad is doing, especially since it’s now been almost a decade since the initial scandal broke. If she hasn’t moved on in ten years, then she has bigger problems than her ex-husband’s new fiance being a bigger star than her.