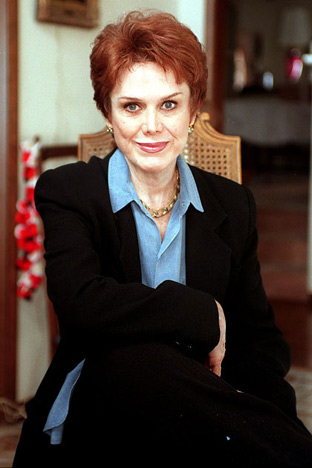 Anyone who has followed Jennifer Aniston’s career over the years can tell you that the ‘Friends’ actress has been in a never-ending feud with her mother Nancy Dow. 78 year old Nancy, who is married to actor John Aniston has not spoken to her talented daughter in over 20 years, the last time Jen and Nancy were on speaking terms was back in the mid 1990’s. Until now that it is, thanks to Jen’s fiancée Justin Theroux.

According to the November 10th edition of GLOBE Magazine, “Jen has suffered from low self-esteem for years and she blames her mom for her interfering so much in her life. Whenever they got together, it always ended in a nasty argument.” GLOBE’s source goes on to reveal that Jen’s mom Nancy Dow isn’t in good shape and has suffered from two strokes in recent years.

Despite her mother’s health and Justin’s pressuring – Jen refused to go visit Nancy and break their two-decade long feud. GLOBE reveals that Justin Theroux decided it was time to take matters in to his own hands, he couldn’t bear the thought of Nancy passing away before she and Jennifer Anniston were able to work out their differences. So, Justin paid Nancy a visit on his own and got to know her and began visiting her on a regular basis, eventually Jen began tagging along.

Nancy Dow and Jennifer Anniston’s mother-daughter relationship is far from perfect – but at least now they are on speaking terms and Jen won’t have any regrets. Are you surprised Justin went through that much trouble to reunite Jennifer and her mother? Do you think he did the right thing, or should have let Jen and Nancy work things out on their own? Let us know what you think in the comments below!