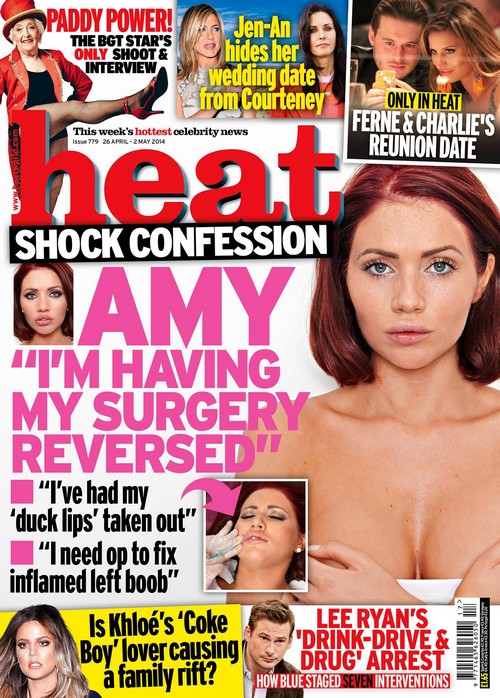 Whatever happened to Jennifer Aniston‘s and Courteney Cox‘s friendship? Just ten years ago, the two were best friends and nearly inseparable. Obviously, time and distance does drive friendships apart, but nobody ever guessed that would happen to Monica and Rachel from Friends. After all, Jennifer is Courteney’s daughter’s godmother, and during the ten-year run of Friends, they never left each other’s sides.

However, these things do happen, and they happen to a greater degree in a place like Hollywood. Jealousy, insecurity, anger, misunderstandings, disagreements, and time apart are incredibly common in that superficial cesspool, and that can take a toll on the strongest of friendships. However, if this latest report is true, then their friendship might be truly irreparable.

According to this week’s cover of Heat Magazine, Jennifer is apparently hiding her wedding date from her former BFF Courteney. Why, you ask? Well, that’s a very good question. Sources are speculating that Jennifer doesn’t want Courteney to come to the wedding because she doesn’t get along with Jennifer’s fiance, Justin Theroux. Apparently, Courteney and Jennifer drifted apart after Jennifer started dating Justin, and Courteney thinks that he’s incredibly controlling and using Jennifer for her fame.

Uh, you know what? Courteney’s probably right in this scenario. Does that make this situation any less screwed up? The right thing to do would be for Jennifer to tell Courteney the truth, and then leave the decision up to her – not try to freeze her out completely. I mean, Courteney’s bound to find out eventually, if not before the wedding, then definitely after. So what’s the point of hiding at all when you know you’ll get caught?