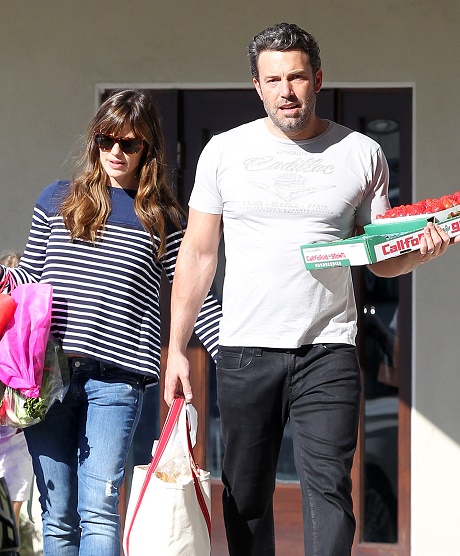 Jennifer Garner must be jealous of Ben Affleck’s recent success with Gone Girl, in which he currently stars. Imagine how much it would suck to be Jennifer Garner right now? She’s having to promote some under-the-radar kid’s movie [Alexander and the Terrible, Horrible, No Good, Very Bad Day] while Ben Affleck is once AGAIN in the race for an Oscar, this time for his performance in the buzzy Gone Girl. And Jennifer’s big Oscar chances? Yeah, that would be a big fat NADA.

Seriously, how long can Jennifer Garner be Ben Affleck’s loving and supportive wife when she gets nothing in return? Did Ben leverage his Argo Oscar win to get Jennifer a major role? Did he try to get her first look at some of his scripts? Nope, and nope. Instead of staying at home and trying to give Jennifer time to go make a bunch of movies, Ben’s instead taken advantage of his momentum to go make Batman and then Gone Girl. Staying at home and spending time with family? Whaaaaat, as if.

It’s completely unfair, and yet, it’s so Hollywood. Jennifer Garner can be jealous of Ben Affleck’s Oscar chances, but it won’t matter because she’s just not going to get them. One part of that is because Jennifer’s just not a good enough actress to be in the same league as the usual suspects, but another is because Ben’s not giving her the chance to do it. If the conversation is always focused on him – both as an actor AND a director – then how will she ever get the opportunities she needs to make a big splash, EVEN if she’s good enough to do it?