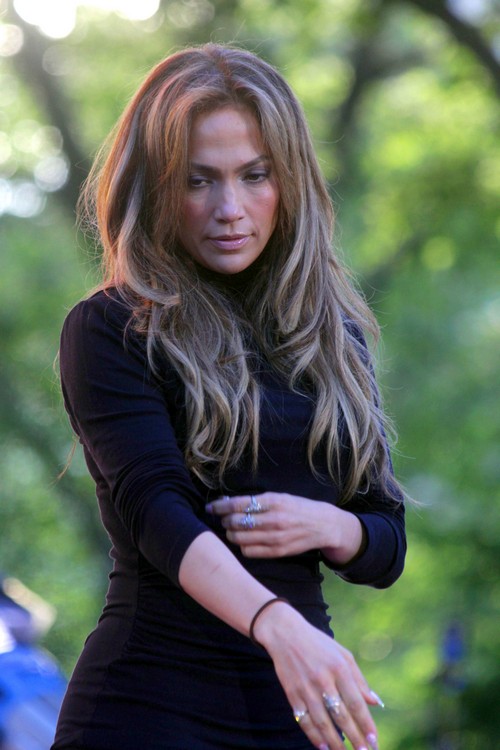 The only thing that was surprising about Jennifer Lopez’s split from Casper Smart was the fact that it took nearly three years to happen and believe me when I tell you that she is hardly hiding out at home. Instead Jen has already been kind of linked to a few different guys but it’s rapper T.I. what seems to have made a solid impression on her. According to the June 30th print edition of Star Magazine the two have been spending quality time together and have formed a genuine connection.

T.I. Is currently separated from his wife, Tameka “Tiny” Harris and has been contemplating the future of his family life with her so apparently Jen has been a welcome distraction. She is thrilled to hang out with a successful man again, one that can afford to pamper her. At first Casper’s lack of funds was no big deal to Jen but after awhile she got tired of having to foot the bill for everything and his lack of success became a real issue.

What are your thoughts on J-Lo and T.I. hooking up? Should she even go there or just leave him alone so that he can sort out his marriage? We know that Jen has a soft spot for rappers, she spent a few years with Diddy and seem pretty comfortable running with that crowd. Is Jen ultimately better off setting her sights on T.I. or should she keep it moving in a totally different direction? Do you think that the dalliance with T.I. Is a quick rebound fling for both of them or could it turn into something bigger? Tell us your thoughts in the comments below!