Jessica Simpson Gets A Boob Job In Time For Wedding (PHOTOS) 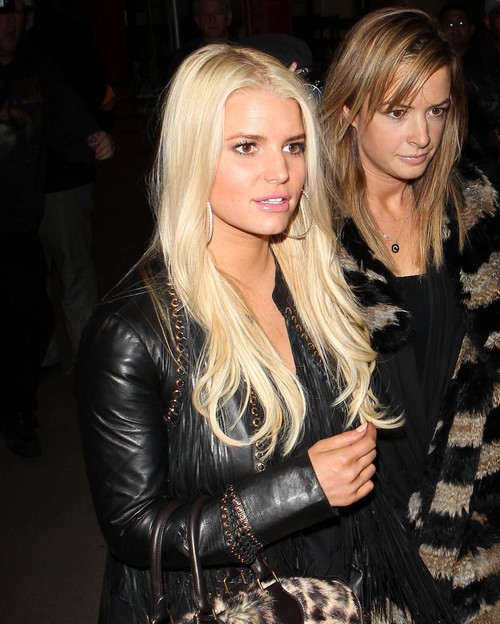 A supposed source tells Star, “After a second round of breast-feeding, her girls are totally sagging. She says breasts are perfect when the nipples are halfway between your shoulder and elbow. She wants to look like her old self on her big day.”

Apparently, Eric is on board with Jessica’s decision, and supports it a 100 percent. Well, duh. What guy in Hollywood wouldn’t support his wife getting a boob job? Not many, by the looks of it. The source adds, “Eric is ready for her to get a missus makeover. Eric is really excited, but he’s desperately trying not to show it. She’s hoping to surprise him on their wedding night with her new perky boobs!”

You know, Star does have a fascination with giving Jessica and Eric makeovers, what with the story about Eric’s teeth a couple of weeks ago and now this. However, it’s not impossible to imagine that Jessica would be interested in getting a boob job. Having children does cause your breasts to naturally sag a bit, and that too, she’s been losing a lot of weight lately thanks to her Weight Watchers gig. She could easily miss her old boobs, and for someone with her access and wealth, it wouldn’t be a big deal to get a quickie boob job.

What do you guys think? Will Jessica Simpson get a breast augmentation in time for her Valentine’s Day wedding? Let us know in the comments below.