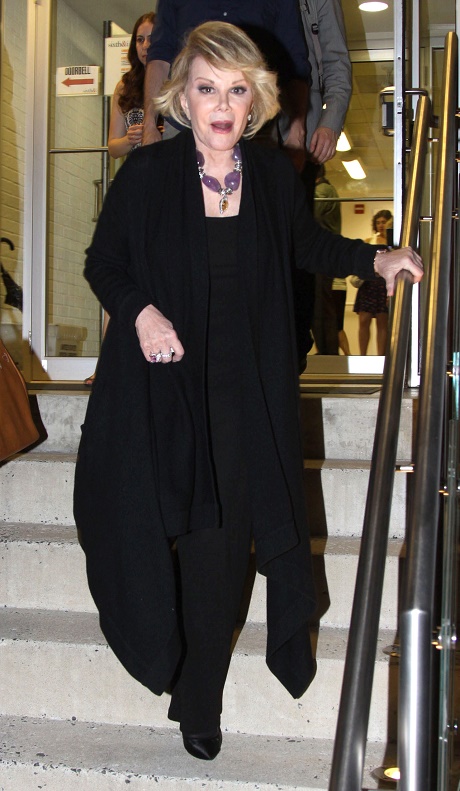 The untimely death of Joan Rivers shook the world. She was a great comedienne known for her raunch and heavy criticisms on, well, just about everyone. Nobody was too big or too famous for her giant doses of reality. When Joan went in for what was supposed to be a very simple procedure at Yorkville Endoscopy, a reknown gastroenterology clinic, she suffered immense complications and wound up in a coma. Ultimately, she was taken off life support and didn’t bounce back as her doctors and her family hoped for.

In most recent news, Dr. Lawrence Cohen, the doctor who was in charge of Joan’s procedure, has been removed from the clinic’s board of directors. While he’s not being directly blamed for Joan’s death, the outcome of this procedure doesn’t exactly look good on his resume, as he was the one ‘in charge’ during the procedure. Here’s the gist of it: Joan brought along her primary ENT doctor to the operation and, upon discovering a foreign mass, Cohen allowed Joan’s personal doc  to conduct an unauthorized (very risky) biopsy, which resulted in complications that ultimately caused Joan to stop breathing.

It’s for his poor decision making the Cohen was asked by the board to step down, even though he’s co-owner of the clinic. What do you think of this outcome? Do you think the doctors should be owning up to more responsibility for their actions? Let us know in the comments section below.