Joan Rivers: Five Things You Never Knew About The Brilliant Star Who Has Sadly Passed Away 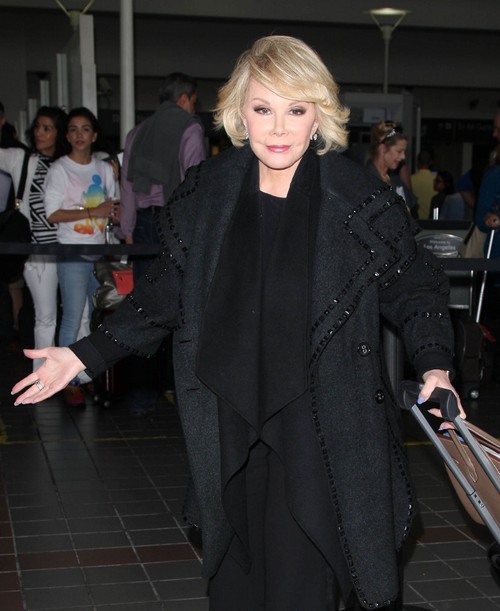 Joan Rivers was a world famous stand up comic and actress who had quite the controversial career. Most of the controversy centered around the fact that she never hesitated to say what she thought. Despite the straightforward nature of Rivers, she was loved all the world over for her sense of humor and zany antics.

Sadly Joan Rivers died on September 4 a couple of days after being taken off life support. Joan was placed in a medically induced coma after experiencing cardiac arrest during what has been described as a routine endoscopy at a clinic, Yorkville Endoscopy, in NYC. Joan was rushed from the clinic where the procedure was being performed to The Mount Sinai Hospital where she never regained consciousness. We are very sad to have lost Joan Rivers and offer her family and friends our sincere condolences. At this time we would celebrate her life by pointing out how great she was. Here are some interesting facts about Joan Rivers that you probably never knew:

Rivers made an enemy of Johnny Carson – Rivers was once a star on Johnny’s show, being made the guest hostess on a permanent basis. The Tonight Show has always been a big deal, but in true to Rivers form, Joan rocked the boat. Rather than carrying on in the position, Joan went to rival Fox and started her very own show…called The Late Show. For any one of several reasons, Carson was furious and would not speak with her. Nobody really knows if it was the springboard, the similarly named show or the general disdain that caused it, but it appears the matter never was resolved.

Rivers original stage name was Pepper as a comic – Rivers was a very successful stand up comic and up until her death still considered it to be her mantra. She was known for saying “Make them Laugh” on a regular basis. By all accounts she had done exactly that throughout her lifetime.

Rivers was a fantastic author among her many talents – Though Rivers was known for her comedy, her writing was nothing to sneeze at. She has penned several book ranging from self-help to autobiographies. Of course, many of her books include her unique brand of humor and excitement that she used on stage.

Rivers advocates for older women with plastic surgery – Despite the jokes about her admitted plastic surgery history, Rivers was a staunch believer in allowing women that can afford it the opportunity to “fix” things. She has said she thinks it is good for their self esteem and that they should go for it if they can afford such procedures.

Rivers was a vegetarian – No meat for Rivers as she only ate veggies and vegetarian foods. Her father was a doctor and it is unknown if that played a part in her deciding to go with the artery clearing lifestyle choice. Whatever the case, she was a firm believer in the veggies.

Joan Rivers was a very interesting woman and will always have a place in popular culture. Not everyone agreed with her views or her comedy, but she never let that stop her. Rivers was a powerful woman who spoke her mind. That alone is reason enough to celebrate her. May she rest in peace.