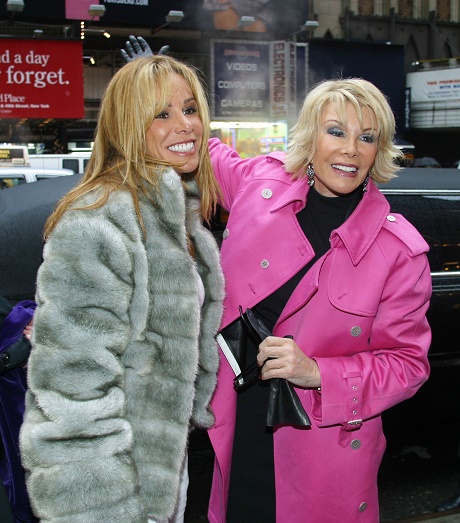 It seems like every week, we receive a new report about the cause of Joan Rivers’ death. The latest report comes via Page Six, and ascertains that Joan was given twice the amount of anesthesia that her body could handle – and that this no doubt played a large role in her death a few minutes later.

Apparently, Joan Rivers was given 300 milligrams of Propofol at 9:21 AM at the clinic before her procedure, and she was not weighed before going under – even though it’s considered ‘critical’ to weigh the patient before putting them under. Then, as we all know, Joan Rivers went into cardiac arrest a few minutes later and was rushed to the hospital, where she was put on life support. Unfortunately, she ended up succumbing to brain damage, and the decision was made to pull her off life support when she didn’t respond to immediate treatment.

This is yet another warning sign against Yorkville Endoscopy, the clinic that conducted Joan’s procedure. What initially began as a fairly simple procedure to check up on her vocal chords became a complicated, messy surgery that over-wrote many of the laws and regulations that doctors are supposed to follow. They seem to have broken every rule along the way, and Joan Rivers died as a result. Hopefully, they will all face the consequences of their actions, even without the media circus at their door. A patient put her trust in these people, and they let her down – and it resulted in the loss of her life. Melissa Rivers, Joan Rivers’ daughter, is suing the clinic, but will that be enough?