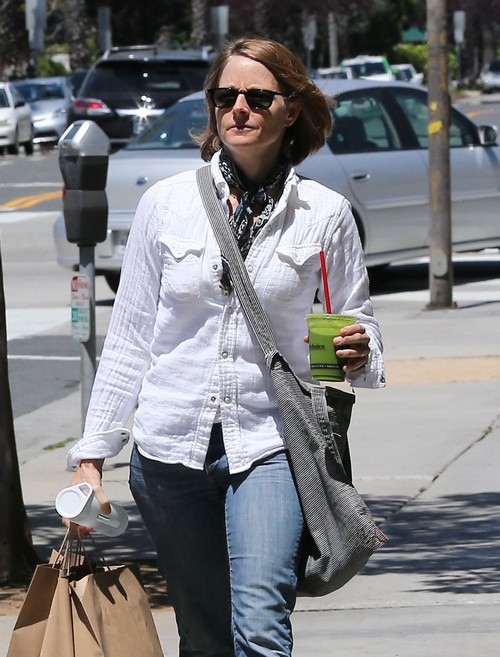 There sure are a lot of people involved in Jodie Foster’s new marriage to Alexandra Hedison. The couple married last month after only hooking up last fall and it was a move that seemed to shock those closest to the Oscar winner. This new romance comes six years after Jodie split from her ex, Cydney Bernard with whom she shares two children. Jodie and Cyd are still extremely close and no one can break the bond that 15 years together built.

Alexandra dated Ellen DeGeneres for a few years and it seems that she may have been dropped like a hot potato when Portia de Rossi showed up. Ironically Ellen and Alexandra are no longer in touch but Ellen and Jodie are pretty close. So close that she actually warned Jodie about marriage in general, advising her not to do it. When Alexandra decided to date again after having her heart broken by Ellen she hooked up with an LA attorney named Joy Stanley. While the romance eventually ended the two ladies still remain pretty close and Joy has weighed in on Alexandra’s new marriage as well.

Everyone on the fringe seems to agree that the marriage might easily be a disaster for Jodie and Alexandra. Not only are they thinking it but it sounds like everyone is feeling like they should throw their two cents into the already bubbling over pot. Do you think that Jodie and Alexandra will be able to ignore all of the negativity in order to have a decent marriage or is all of the outside pressure going to end up being too much to handle? Tell us your thoughts in the comments below!