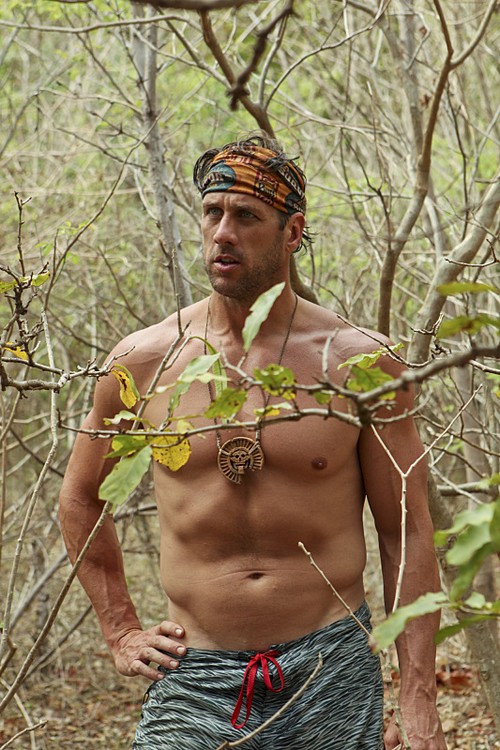 We have seen from Survivor San Juan del Sur Blood vs. Water Season 29 spoilers and highlights that former controversial MLB pitcher John Rocker eventually melts down but we are not aware of how he does it. It is interesting to note that Rocker has seemed remarkably calm so far this season on Survivor San Juan del Sur… despite being on the losing end for every challenge. Rocker is a fiery competitor and has expressed some pretty controversial opinions in the past. That said, the fire baller has a very lethal mix in front of him.

Survivor San Juan del Sur will be a huge test of his calmer, gentler attitude.

Wednesday night’s episode certainly showed some cracks in the exterior. The first thing that jumped out at me was his comment after being ousted by his girlfriend in a reward challenge at the top of the show. John Rocker immediately pissed off every female on the show by pointing out with emphasis that he got beat by a GIRL. That is a sure-fire way to endear yourself to the fairer side.

Then Rocker actually surprised me on exile island. He kept his cool and made a pretty good deal with fireman Jeremy to keep his wife Val safe. Jeremy, knowing who Rocker is, cautiously pointed out that as long as Val was safe, Rocker’s girlfriend Julie would be as well.

When the men got back to camp, Rocker spoke with Val and explained the deal he made. He told her what was going to happen, but Val had already lied to Rocker about having an Idol. Rather than confess, she decided to try to take it on herself to try to get Baylor out. Of course, Rocker thought he was keeping his end of the deal with Jeremy and Val thought she was safe.

In the end, Val had no Idol and obviously went home. The problem? Jeremy, who already considers John a racist of sorts because of his comments, will likely think that he engineered the deal. John was actually innocent on this count as he tried to keep her safe. Her own lies got her booted. Still, Rocker’s reputation will cause major friction on this one. Mark it down.

John Rocker is almost certainly about to explode and it will make for some nutty television. Isn’t that a big part of why we watch Survivor San Juan Del Sur?