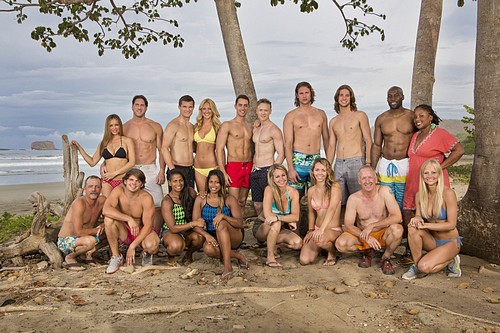 John Rocker – Although Rocker has been an exemplary player thus far, he simply casts far too big of a shadow. He is big and imposing and he is a beast in challenges. He is a former Major League Baseball player and at least one Survivor already knows that and others suspect it. He clearly is a threat. The only real chance John has to stay around is if the players are not very smart or he simply is kept for challenge strength.

Val Collins – Val is one of those players that was simply in the wrong place at the wrong time. Because she was sent to Exile Island right off the bat, she is already in the cross hairs simply because she is known. Being invisible is a big deal during the early going when it comes to big moves. Val is headed off the island sooner rather than later in my opinion.

Josh Canfield – Josh has been an awesome player thus far and I hope I am wrong about this. The guy has the potential to be an awesome leader but he also is in a very precarious position right now. Playing the middle man is a dangerous game indeed. Playing the middle man on Survivor is virtual suicide. Sooner or later that strategy will blow up in your face and Josh seems to be relegated to that role early on. He needs to commit to some group and take the lead with them to get the target shifted as soon as possible.

Jeremy Collins – Collins is in a similar position as Rocker and Josh. He has aligned himself with the gals and they are all fawning all over him. Given that he is married and is a very in your face kind of guy, Jeremy could quickly stand out far too brightly in this game. Mistakes are amplified when you are loud and proud, so you best back it up in Survivor San Juan Del Sur Blood vs Water. If not, you can find yourself as public enemy number one.

CDL is all over Survivor Season 29 San Juan Del Sur spoilers and you can expect a fresh new post almost every day during the show’s run. If you want to learn about the deadly wildlife that the cast and crew face this season Click Here!