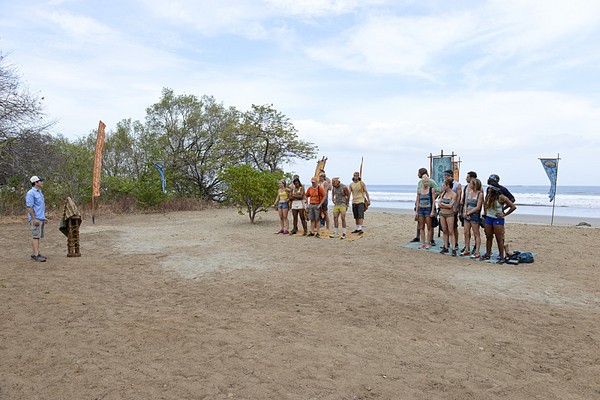 As we head into the new Survivor 2014 Season San Juan Del Sur Blood vs Water show, there are tons of things to consider. One often overlooked aspect of the Survivor experience is wildlife. In fact, it almost seems to be downplayed by the production team except for promos and the occasional snake hanging out around the Tribal Council. These guys are heading out into Nicaragua and they are going to be sharing space with some pretty dangerous critters. Here is a look at some of the more notable wildlife they should be aware of:

Snakes – Like most Survivor seasons, San Juan Del Sur Blood vs Water is no laughing matter when it comes to reptiles of the slithery type. There are many different pit vipers to be concerned with including the central american rattlesnake and coral snakes, but the real worry here would be the fer-de-lance. This deadly snake is the same one that took out a producer’s foot and nearly took his life during an episode of Naked and Afraid. This snake is found in San Juan Del Sur but hopefully it will be farther back in the bush than the Survivors will be staying. The risk is there, however, so they will need to be careful.

Spiders – Don’t you just love those spiders? In Survivor San Juan Del Sur Blood vs Water, they should be crawling everywhere. From giant, bird eating tarantulas to the smaller, more potent venomous spiders, there will be plenty of these arachnids to be aware of. Survivors would do well to read up on the dangers of the eight legged variety before heading to San Juan Del Sur.

Scorpions – These are not nearly as deadly as the spiders and snakes for most people, but if they are allergic they can pack a powerful punch. Scorpions are found quite plentifully on the beaches of San Juan Del Sur so they could actually be a food source if properly cooked and captured.

Sharks – The marine life in Survivor San Juan Del Sur Blood vs Water is just as diverse as in previous years. Sharks are plentiful in the area and must be accounted for when they are in the ocean. There are countless species of shark found in the water along with dangerous sea snakes and rays.

Offbeat wildlife potential dangers – The other animals that might be anything from a nuisance to a major threat include howler monkeys (very territorial and the loudest animal in the world – can be heard for 3 miles), army ants, mosquitoes, large iguanas and even the occasional bat, All wildlife can be dangerous in their own way so a healthy respect is a necessity.

The folks on Survivor San Juan Del Sur Blood vs Water will have their hands full with challenges, social games and starting a nice, roaring fire, but the wildlife is something that they must consider as well. Who will be prepared when they start rolling?

Only time will tell.