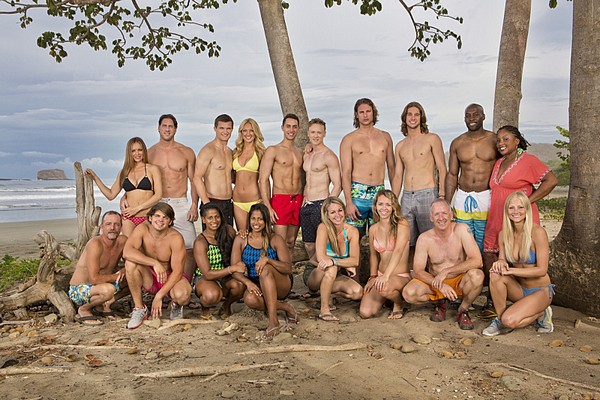 The new season of Survivor 2014 Season 29 San Juan Del Sur Blood vs Water is officially upon us and a new group of Survivors are on board. One of the most fun parts of the new season is grabbing quick, first impressions of the new cast and seeing how wrong you were several weeks into the season. Although this is not very nice, it is a ton of fun. And if you want to know abuot the deadly animals the cast of Survivor San Juan Del Dur face this season click here for our Survivor’s  guide to dangerous wildlife!

Missy Payne and Baylor Wilson – My first thought here was naturally that they are beautiful. ( I am a dude after all)..Upon closer inspection of their profile, they are clearly much more. I peg these guys as a potential favorite.

Drew and Alec Christy – Immediately I get the feeling that these guys will be arrogant with a capital A. They are certainly fit and well put together physically, but they might have some problems if they are as arrogant as their bios came off.

Natalie and Nadiya Anderson – Saw too much of these gals on Amazing Race already. Please vote them off first!

Keith and Wes Nale – Strong competitors that seem to have a great relationship. Look for these guys to fly under the radar a bit.

Josh Canfield and Reed Kelly – Possibly be contenders but not sure if they will be mentally tough enough. Survivor San Juan Del Sur Blood vs Water will be extremely taxing on the mind as well as the body. They seem a bit pampered for the Survivor beach.

Jeremy and Val Collins – Powerful! A firefighter and a police officer is a pretty great combo. These guys could be top contenders for sure.

Dale and Kelley Wentworth – My favorite pair by a long shot and it is largely because of their background. With his being a farmer and her growing up doing the same, they know the value of hard work. My only concern is socially but I think she will be enough for the both of them.

Jon Misch and Jaclyn Schultz – No clue about these two. I simply can’t get a read on them. They seem to be solid but something feels wrong here.

John Rocker and Julie McGee – This pair fascinates me because John was a very bad boy during his Atlanta Braves days. It will be interesting to see if he has grown up or if he still carries that hot temper around. I would bet on the temper…

What do all of you Survivor San Juan Del Sur Blood vs Water fans think? Are your observations different from mine?

I would love to hear about it!