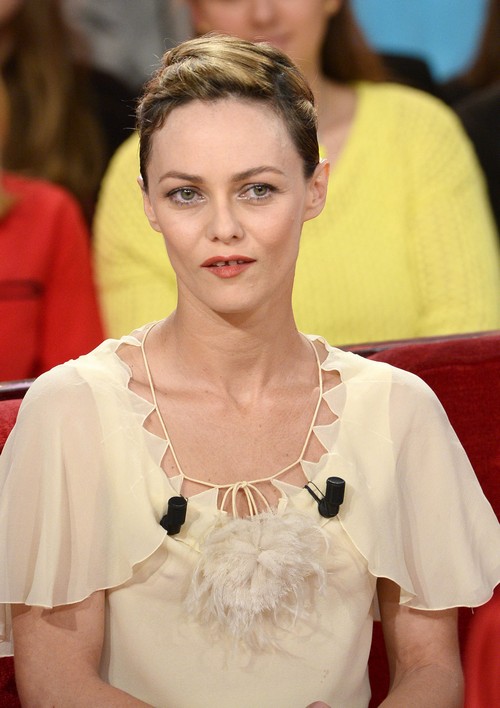 Vanessa Paradis and Amber Heard aren’t exactly bosom buddies, but they were never exactly out for each other’s throat. Even when Johnny Depp was rumored to be cheating on Vanessa with Amber, Vanessa never said one word against Amber in public – and sources say that she was pretty much done with Johnny at that point anyway. However, it looks like apathy has finally given way to actual dislike, if the latest reports are true.

Apparently, Vanessa has now taken an active disliking to Amber, even though she never used to care before. And you know the biggest reason for her change of heart? Her kids.

Yeah, Johnny’s two kids with Vanessa, Lily Rose and Jack, are supposedly not very fond of their father’s new fiance. Apparently, they feel like she’s encroaching on the time they spend with their father, and they don’t like the fact that she’s a new addition to the family that they’ve known all their life. Plus, sources have said that Amber has tried so hard to ingratiate herself into their little family that it’s actually had the opposite effect and made the kids distance themselves even more.

Lily Rose, who’s a little older than Jack, is reportedly a little more vehement in her dislike of Amber. And her opinions are obviously influencing her mother, who doesn’t think that the kids should be spending so much time with someone that they barely know. I don’t think Vanessa quite expected Johnny to be getting married so soon either, especially with someone who’s so much younger than him.

What do you guys think about Vanessa’s feelings towards Amber? Are they understandable, or should she try harder to accept her kids’ new soon-to-be stepmother? Let us know your thoughts in the comments.