Juan Pablo will Refuse all Future Publicity Engagements for The Bachelor – He’s Totally Over that Crap Show! (VIDEO) 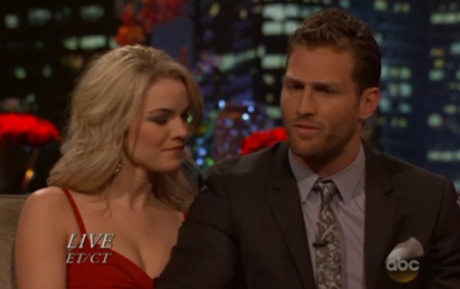 Juan Pablo, coming off his The Bachelor season 18 high, has said some bold words recently. Well, his newest statement just might be one of his boldest ever. The ex-pro soccer player recently said that he absolutely will not be involved with any future publicity engagements to promote the franchise. And guess what? The studios/executives involved with the show’s production aren’t even mad about it. Sounds like everyone has gotten their fill of JP. As for his future? It’ll be interesting to see where he lands next. Cross your fingers it’s not on a reality show with his name in the title.

Sources connected to The Bachelor say that Juan refused to appear on Good Morning America Tuesday after the big finale. This is when he made it clear that he’s not planning on doing anything more with the show. We’ve reported before how much JP was hated on set, and it seems as if GMA harbored similar feelings, as they didn’t try to persuade him to make an appearance on their show when he turned them down.

Sounds like Juan Pablo wants people to beg for his company . . . . HA! If he thinks people are going to be knocking down his door, then I think he has another thing coming. Who knows though, some crazy people might think his lunacy deserves a special reality TV production of his own. Do you think he’ll ever score something like that? Leave your thoughts in the comments section below.