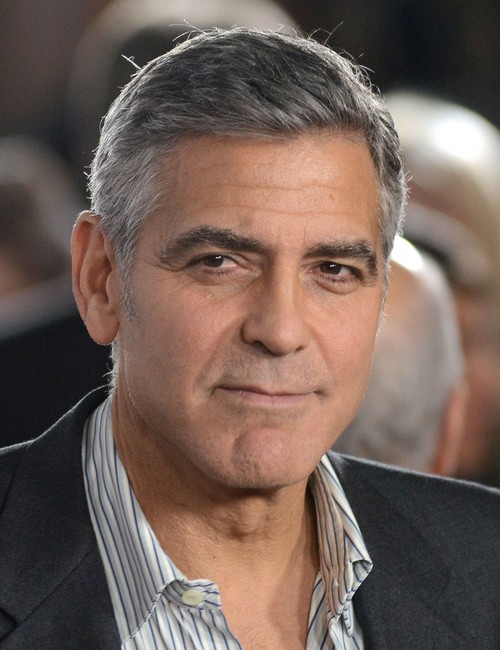 The National Enquirer never gives up an opportunity to manufacture an overblown feud between two major Hollywood stars, so here we go. Their latest report suggests that Julia Roberts and Sandra Bullock are ‘fighting‘ over George Clooney‘s support for their Oscar race.

A source explains, “Longtime rivals Julia Roberts and Sandra Bullock both want George to support them in their upcoming Academy Award campaigns — and neither woman wants to share the spotlight.”

You know, this isn’t that far-fetched. George Clooney’s support does mean a lot to the Academy, and his campaigning skills are pretty spectacular. However, considering that Julia and Sandra are both in different categories, why would they be feuding about this?

Well, according to the source, “Sources say [Roberts] has been pushing George hard to put in appearances with her instead of with Sandra. Julia is being pretty unfair because George has spent far more time with her than Sandra. Sandra always won out because she didn’t have the salary demands that Julia had, and that’s really irked Julia. I don’t think George had any idea how deeply the bad feelings ran.”

See, this is where the report gets all kinds of ridiculous. First of all, Sandra Bullock’s place in Hollywood right now is vastly different to Julia’s – Julia hasn’t had a hit in years, but that’s also because she herself decided to take a break and not work so much. Sandra, on the other hand, has been cranking out movie after movie. Second of all, this whole shlock over their salary demands is ridiculous, considering Sandra’s demands aren’t exactly low. This might have been an issue ten years ago, but not now.

Lastly, George co-starred with Sandra in Gravity, but he also produced August: Osage County, which has Julia’s performance. So it’s his job to shill both the movies, and that’s exactly what he’ll do. Besides, the chances of either Julia or Sandra winning in their respective categories is pretty low. Cate Blanchett all but has the Best Actress category won, and it’s between Lupita Nyong’o and Jennifer Lawrence for Best Supporting Actress, with an outside shot that Oprah Winfrey will win.