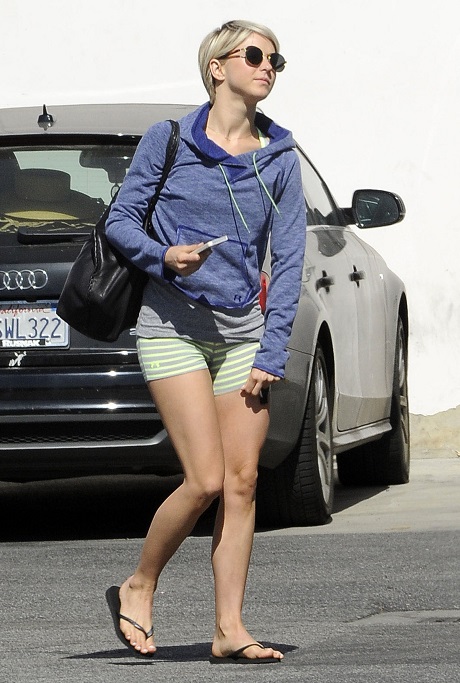 Julianne Hough and Ryan Seacrest broke up a year ago, but Julianne is finally opening up about the reasons behind the breakup. According to her, she was the one who pulled the plug because she wasn’t invested in their relationship. Ouch.

She had one foot out but SHE didn’t want to get hurt? How does that make any sense? She’s basically saying that she didn’t care about Ryan and didn’t want to date him anymore, but she wanted to be the one to do the dumping. At the same time, she didn’t want to ‘ruffle any feathers’, which is just Hollywood talk for not wanting to burn a good contact.

Julianne was just starting her film career when she started dating Ryan, and there’s no denying that dating him gave her a huge publicity boost. People actually knew who she was, as opposed to calling her the random blonde whose brother was on that reality dancing show.

But now that Julianne considers herself a legitimate celebrity now, she probably doesn’t care about outing the truth behind their relationship. There were plenty of rumors circling around at the time, claiming that Ryan was gay and Julianne was just bearding him. It would make sense, right? Julianne still won’t outright say it, but she’s insinuating that she was extremely unhappy with the arrangement but couldn’t get out due to commitments that she’d made.