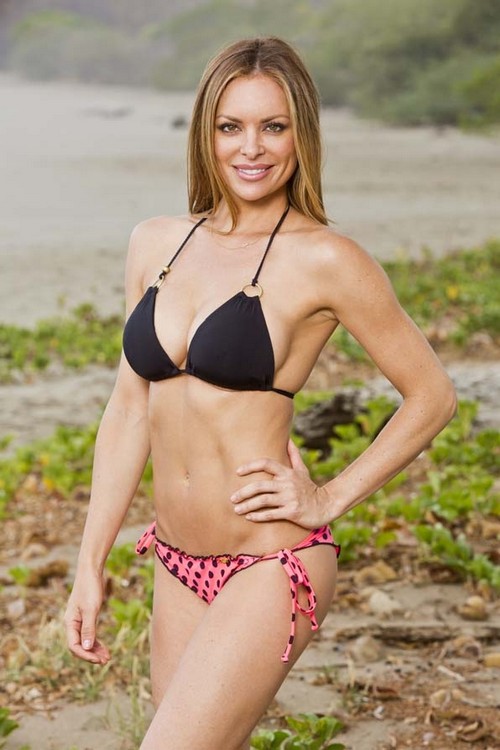 Julie McGee quit Survivor 2014 Blood vs Water Episode 7 “Million Dollar Decision,” was she selfish or justified in going home voluntarily? On Survivor 2014 Blood vs Water, quitters are generally going to be labeled as such most of the time. It is different when they are having a medical issue or because of a personal emergency back home, but quitting for most other reasons leave a very poor taste in the viewers mouths. Julie McGee decided that was her best route to take and quit Survivor outright on last night’s show.

From the moment I laid eyes on Julie standing next to embattled boyfriend John Rocker, I knew she was in trouble. Don’t get me wrong… I was willing to give John the benefit of the doubt and hoped that Julie as perhaps part of him turning a corner towards a new attitude and place in his life. John has a pretty tough history of poor remarks and attitude to live down.

No, Julie was doomed because John was destined to be pre-judged once his past was revealed. This meant that Julie would be judged by default.

As we sit here weeks after the John reveal, it was not pre-judgement that sent Julie home at all. Julie certainly had her difficulties with that. Despite this, however, she hung on till the merge and was on an alliance that clearly had the numbers.

Julie McGee went home because she missed her man and because she got caught stealing food. (Of course the latter she never mentioned as a reason but that is clearly the reason)

If Julie were being bad mouthed and treated poorly and did not deserve it, she would have more justification for going home that way. She still would be wrong, however.

America invests time each week into Survivor and they deserve to see the game played out. Leaving and quitting opens the door to all kinds of problems that make viewers stop watching. Julie contributed mightily to that by quitting.

When Julie arrived she knew it was Blood vs. Water and that her man was marked. She knew there was every chance she could have ended up alone or leaving before John. Now, even though she knew what was coming, she has sullied the Survivor name.

Just think of the thousands of others that were turned away to give her that spot.

Survivor 2014 Blood vs Water is not only about the guys and girls on the island. They owe that opportunity to the millions of viewers that make it relevant. Perhaps the screening process should be improved for future seasons? This makes three seasons in a row.

Quitters are ruining a really good time on the show.