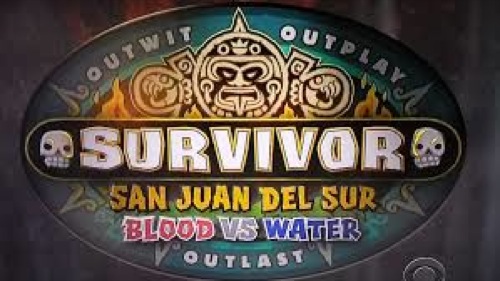 At the end of Survivor 2014 San Juan Del Sur spoilers after episode 4, in the teaser for week 5, it was made clear that the tribes are about to merge. This means that relationships are vitally important for this coming week. After two females were ousted in week one and two, two males quickly followed in weeks three and four. Now, there are six women and eight men left. Here is a look at the women that are left and who I think is strongest going into the merge for Survivor 2014 week 5:

Kelley Wentworth – Other than the very odd obsession Drew suddenly had for getting her out of the blue, Kelley has done a great job of staying pretty much under the radar. She has been a wonderful player so far and should be in good shape with her Dad hanging in there as well.

Julie McGee – Julie has actually surprised me and handled her situation much better than I would have guessed. Despite her boyfriend melting down (deserved or not), she has kept her composure and actually improved her standing. The problems with Rocker will ultimately get her, however, when the other tribe gets involved. Her target is simply too big.

Jaclyn Schultz – Jaclyn really impressed me with her showdown against boyfriend Jon. While she lost, she clearly was no wallflower. This girl is going to be a competitor. I look for her to be among the last women standing. The big key for her is going to be if her boyfriend can keep his head on straight. From the coming show highlights that might be a major problem.

Missy Payne – Missy has been alright but has been largely invisible. I have not figured out whether that is a good thing yet or not. She seems safe for a good bit at least. The one thing she has going for her is the mothering effect she seems to have with the group. Though still young and beautiful, Missy still has that age advantage that endears her to the others. She might be a sleeper in the end.

Baylor Wilson – Baylor, by far the most active socially among this group, has put a little bit of a target on her back. I think that she will do better once the merge starts but she needs to tone it back for a bit. I love her athleticism and willingness to get dirty when necessary. The big thing about Baylor is that she has to let the game come to her socially. When she tries to lead it doesn’t seem to work out for her. Pick a solid group and stick with it!

Natalie Anderson – Natalie is far too vocal and opinionated to not eventually step in it. She will be gone within two to three weeks tops. Generally speaking the squeakiest wheel gets removed on Survivor San Juan Del Sur and she is certainly one of the loudest. Natalie is my prediction for the next home to go among the female contestants.