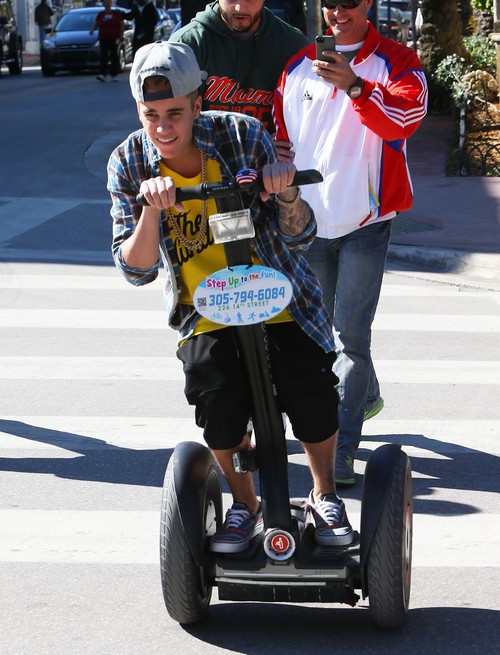 Although President Obama gave his fifth State of The Union Address last night, he failed to mention the very important issue of the deportation of Justin Bieber. A petition requesting to have Justin’s green card revoked and deported to Canada has received over 100,000 signatures in less than a week. This means the White House must review the petition and respond in a timely manner.

The petition was created on the official White House “We The People” site after the singer was investigated for allegedly egging his neighbor’s house and being arrested for a DUI and drag racing in Miami.  The Biebs was charged with criminal assault for beating a hapless limo in Toronto, Canada.

“We the people of the United States feel that we are being wrongly represented in the world of pop culture. We would like to see the dangerous, reckless, destructive, and drug abusing, Justin Bieber deported and his green card revoked. He is not only threatening the safety of our people but he is also a terrible influence on our nations youth. We the people would like to remove Justin Bieber from our society.”

Former Nickelodeon star Drake Bell expressed his support for the petition. “…become a part of the movement!!!” he tweeted and included the link to the petition. Drake has been very outspoken about his dislike for the Canadian sensation. He called Justin “talentless” and called him out on his boy behavior. However, loyal Beliebers were quick to attack Drake and defend their idol.

Drake clearly has too much free time on his hands. The 27-year-old actor/musician’s career has not been doing well since Drake & Josh was cancelled in 2008. His last role was playing the live action version of the cartoon character, Timmy Turner. A little jealous maybe?

Justin’s deportation petition current has 125,408 signatures and continues to grow. However, don’t expect him to be deported anytime soon. Neither a DUI not drag racing charge is not sufficient enough to have a green card revoked. In fact, evidence shows Justin wasn’t actually drunk or speeding in Miami. However, this doesn’t excuse him for being an entitled brat with a big ego.

What are your thoughts on the petition? Should Justin be deported or will this bad boy phase pass soon? Join the conversation and leave a comment.