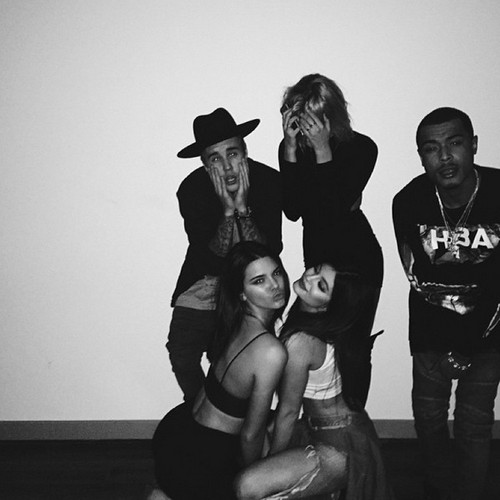 Selena Gomez is being played by Justin Bieber who is on tear dating Hailey Baldwin. While many are suspecting that a battle is brewing and a triangle forming between Justin Bieber, Selena Gomez, and Hailey Baldwin. Well, to some extent that is true, but rather than a battle or triangle, it is more a matter of Justin being selfish and wanting his cake and eating it too. The one keeping this situation from a full-on battle or a complete love triangle? Hailey. In fact, the whole situation is quite textbook “high school” relationship antics. Hailey, who on Friday was spotted at Mr. Chow and a movie theater in New York with Bieber, has been quite laid back about the blossoming relationship. Perhaps Selena should take note, because the main reason behind Justin’s interest in Hailey is because he feels Selena’s become way too desperate for him—and it’s not an attractive quality.

The sexy, mysterious, hard-to-get, older Selena he once knew is long gone. Now, Justin feels, he is left with the desperate Selena who has ended up in rehab over him, written sappy love songs about him, gotten back together with him countless times despite how he treats her, and has even cried on stage when singing her ballad about their love. If that doesn’t scream desperation, I don’t know what does. And there may be a lot more tears because Justin and Hailey were also spotted together on Saturday as well, though Hailey insists they spent the night separately.

Justin does love Selena, and they share a lot of history together, which is why he keeps going back to her. Selena tries convincing him they were meant to be together—reminding him of all she’s been through with him. She tells him no other woman would go through this for him—so he needs to realize she’s the one for him. He seems to believe her…but only when he’s in between other conquests. Hence, the constant back and forth between the two singers. So, while Selena’s “heart wants what it wants,” Justin’s “male hormones want what they want,” and it isn’t Selena.

Selena is his go to girl who he knows will always love him and have his back. Hailey, and the many other girls before her, have the attraction, mystery, and excitement that Justin longs for most of the time. When he is hurt, has been turned down by another girl, bored, or if he feels a girl he wants is playing games with him, he runs back to Selena. Because she’s always willing to take him back, he takes that for granted, goes and has fun with other women, knowing he can always come back if he needs to.

Justin and Hailey, a model and daughter of actor Stephen Baldwin, have been spotted together quite frequently over the past few weeks and, as Hollywood Life has reported, the two are set to spend New Year’s Eve together. And while the two insist they are strictly friends, perhaps Baldwin is throwing out hints about her feelings, tweeting on Friday, “oh that I might have my request, that God would grant what I hope for.” Interesting.  Selena’s got her girls watching Hailey and Justin’s Twitter so she can keep tabs on what they are up to.

Hailey better be careful with posting her desperate requests about having her wishes granted, though. If Justin gets wind that she is too into him, he’ll be running faster than his new G6.