Justin Bieber And Selena Gomez Wedding On The Way – But She Won’t Marry Until He Controls His Anger! 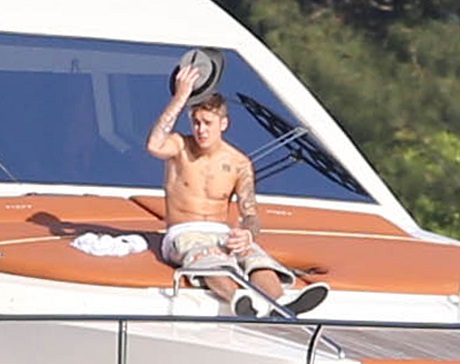 You have to admit, there have been moments recently when Justin Bieber at least appears to be carrying himself differently. After months of being on and off with Selena Gomez, Biebs is apparently pretty serious about putting a ring on her finger. So serious that he has already popped the question — but according to the July 14th print edition of Life & Style, she has been smart enough not to say yes — not just yet anyway. Supposedly, Justin has to now prove that he is worthy of her love and he is trying to prove it by doing things like attending bible study with her.

Sources say the big problem is that he doesn’t seem to realize that his anger in general will continue to drive a wedge between himself and Selena. Just last week Biebs flipped out in a restaurant because they refused to serve him alcohol. Things like that show that he is still the immature idiot that has no regard for rules or appropriate behavior. That is precisely why Selena’s mother and step-father are totally against her spending any more time with the idiot.

Instead of listening to those closest to her, Selena insists that she and Bieber have an unbreakable bond and the kind of connection that justifies running back for more disrespect. Selena has demanded that Justin quit cheating. Perhaps that will ultimately be the toughest change that he needs to make in order for Selena to accept his proposal. Do you think that they will actually tie the knot?