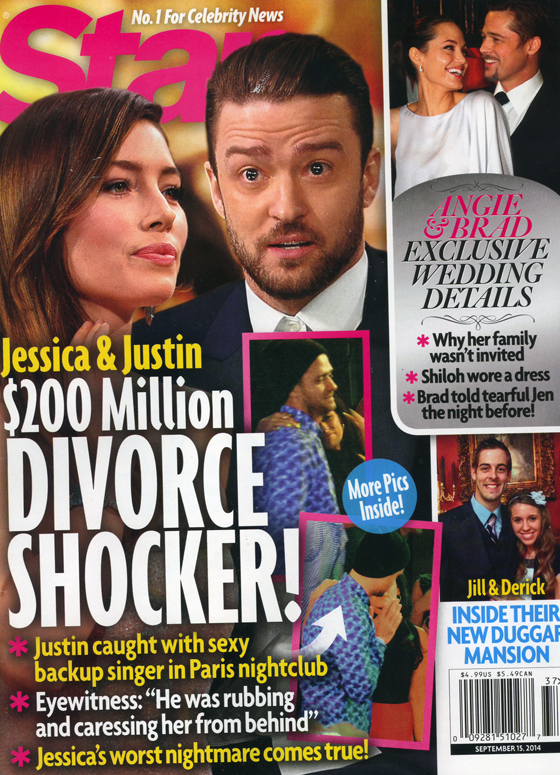 According to the latest edition of Star Magazine, Jessica’s worst nightmare is coming true, and Justin is cheating on her with one of his own back-up dancers from the 20/20 Tour. Justin was spotted at VIP Room in Paris cuddling up to said back-up dancer Zenya Bashford. According to Star’s source, “It was more than friendly. They were dancing in a way that no married man should dance with someone who is not his wife.” Star’s source goes on to explain that, “Jessica is no fool. She knows she has to keep an eye on Justin. She’s noticed that he’s friendly with a lot of his back-up crew, but she’s especially suspicious of Zenya.”

The new Justine Timberlake cheating scandal sounds almost too Robin Thick-ish to believe, but Star actually has pictures of Justin and his back-up dancer Zenya Bashford at the night club to back-up their claims. So, it doesn’t look good for Jessica and Justin, and a divorce is very possible considering this isn’t the first time Justin’s wandering eye has been an issue for the couple.

Are you shocked that Justin actually was bold enough to party with his mistress Zenya in public? Or did you think it was only a matter of time before Justin slipped up? Let us know what you think about Jessica Biel and Justin’s divorce in the comments below.

Update: More sources are reporting on Justin Timberlake cheating on Jessica Biel – the typically conservative Lainey (conservative about reporting cheating gossip) has joined the group of sites suggesting that their might be something to the rumors. 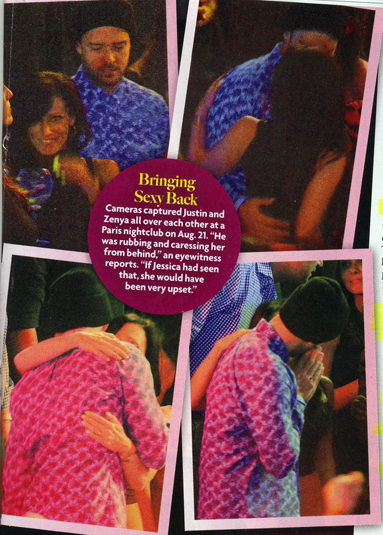