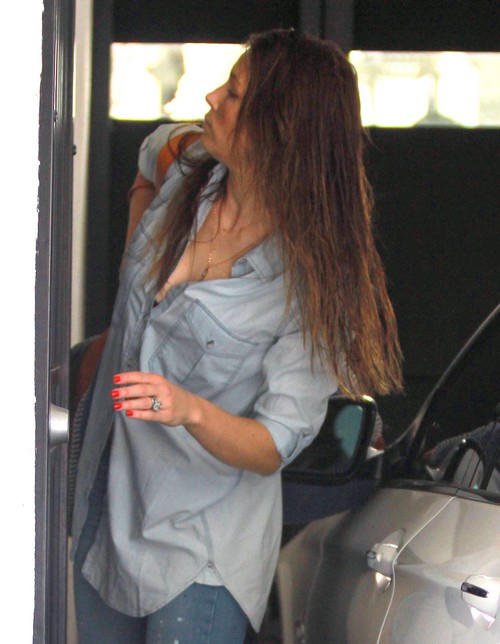 Jessica Biel is not a happy wife right now. Well, I doubt she was ever really ‘happy’ in her marriage, what with Justin Timberlake‘s tendency to cheat with other women and make everything about him. Even their wedding day became the Justin Timberlake show, even though it really should have been the one chance for Jessica to get her time in the spotlight. Divorce is a good option, no?

Anyway, Jessica’s sick and tired of Justin’s ‘me me me!’ antics, and she’s given him an ultimatum: either get her pregnant, or she’s leaving him.

It’s about freaking time that she stood up to him, no? I get that her entire career hinges on her status as Mrs. Timberlake, especially with her dwindling resume. But seriously, you’d think that she had more pride than to put up with all crap from her husband.

A source tells the National Enquirer, “Jessica gave him an ultimatum that if he didn’t change his tune, she’d walk out for good. That made Justin see sense because as scared as he is to be a dad, he’ll do anything to keep hold of Jessica. He knows she’s dead serious about this – and he has no choice but to step up to the plate.”

Really? Justin would ‘do anything to keep hold’ of Jessica? Do you think he would agree to stop cheating on her? Would he give up his career and stop traveling, much the same way she’s stopped working and moving around?

For Jessica, a kid is probably the only thing she sees worth staying in this marriage for. She’s not getting anything else out of it, except perhaps continued mileage in the media. It probably sucks for her to continue eating shit as Justin’s wife, but what is she going to do now – walk? But with a baby, at least she’ll have something to focus her time, energy, and love on. Plus, a baby might even keep Justin at home for a while, something that he has failed to do in the past two years of their marriage.